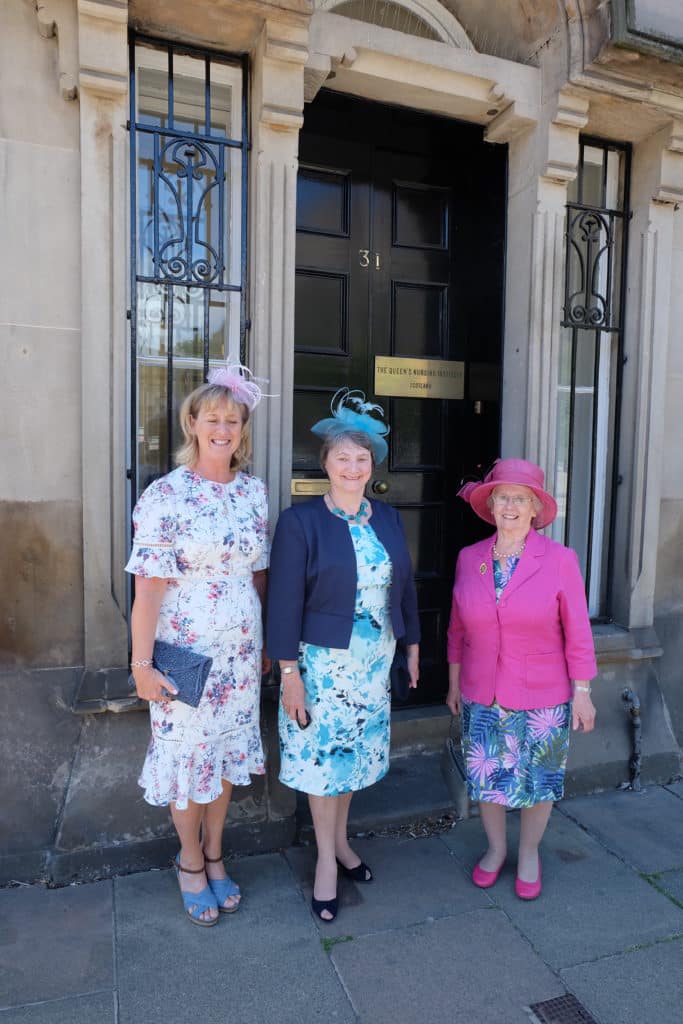 Two retired Queen’s Nurses were joined by a current Queen’s Nurse to attend the annual garden party at the Palace of Holyroodhouse on behalf of the Institute.

Around 8,000 people from all walks of Scottish life are invited to attend the garden party which is held every July during Royal Week when the Queen carries out a series of official engagements in Scotland.

Anne Burns, Catherine Morrison and Cathy Wilson enjoyed an afternoon in sunshine together in the palace grounds after being selected at random to represent QNIS.

Anne, a family nurse parternship supervisor in Renfrewshire, was among one of the group of 20 community nurses awarded the Queen’s Nurse title in 2017 after it was reintroduced following an almost 50-year break.

She was joined by Catherine, from Stornoway, and Cathy, from Edinburgh, who were both appointed as Queen’s Nurses in the late 1960s and worked in the community until they retired.