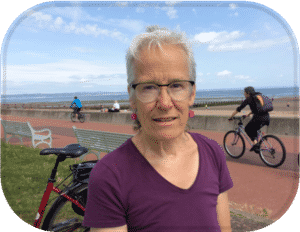 Dr Helga Rhein (GP) discusses the health benefits of sufficient vitamin D levels in the blood, including the possibility of lowering the impact of COVID-19.  Data from recent studies and patient responses are offered here to spark discussion on the wider use of higher levels of vitamin D. Before retiring, Helga worked closely with community nurse, Caroline McManus, on exploring the value of vitamin D in their Deep End practice.

The COVID-19 crisis has brought our overloaded health services into sharp focus. The urgency for improvement is clear after witnessing the toll – physical, mental and emotional – on our health and social care workforce. What if something as simple as vitamin D could be part of the solution?

Through the course of my work, I found that a surprisingly high number of patients were vitamin D-deficient. Perhaps more surprising was that, when treated with a high dose of vitamin D, these same patients saw a marked improvement in their health. Many improvements were to long-term conditions including aches, colds, tiredness, and depression.

Despite initially thinking this only affected South Asian patients, whose skin type requires longer periods outdoors to absorb vitamin D, this was quickly disproven. Studies have shown that all patients seem to benefit from increased vitamin D intake. (1) Working in the treatment room, it was Caroline who heard from patients directly about their improved health. The sister-in-charge, who after starting supplements for her deficiency, even remarked: “I can now face working for the remaining 5 years to retirement!”.

As a keen gardener and dog walker, Caroline already spent a lot of time outdoors, which made her sceptical of such claims. However, after a blood test, she too began taking vitamin D supplements and was impressed by her increased energy levels. It wasn’t long before the news spread and several nurse managers also began taking and benefiting from these supplements.

We can get vitamin D from the sun (UVB), diet or supplements. Between April and September, the sun shining on the skin can form vitamin D. However, sunshine must be at a steep angle, usually around lunchtime, when your own shadow is shorter than your body length. Indeed, vitamin D is a hormone that is tightly regulated by feedback mechanisms and has receptors in most organs and cells. This vitamin plays a vital role in the regulation of both the innate and adaptive immune systems; boosts our virus-fighting cells; and, dampens down the harmful overreaction of inflammatory responses, such as cytokine storms. (2-5)

Obtaining enough vitamin D from our diets can be difficult unless we are eating several portions of oil-rich fish every day. This has led some groups of scientists to advocate food fortification (6,7) and indeed Finland has managed to implement such fortification effectively over the last 15 years. The average Finn now has double the vitamin D level of the average Scot (8).

The optimal physiological levels for vitamin D are 100 to 150 nmol/l (9), which is markedly different from the existing official guidance recommending 25 nmol/l (10). However, the benchmark was set at 25 simply to prevent rickets. Reaching a more desirable physiological level of vitamin D (from either sunshine or minimal supplementation) has proven difficult in the Scottish climate that limits the potential benefits.

The value of sunbathing is restricted when arms and legs are covered – and most of us live and work indoors. It is unsurprising then that Scots would be at risk of deficiency. Indeed, this is confirmed by blood results showing an average level of only 37 nmol/l. A further one-third of our population has extremely low levels, below 25 nmol/l. This is not the best we can do in terms of individual or public health. Patients below 25 nmol/l risk general ill-health, with the potential for children to develop rickets or adults to develop ‘soft bones’ (osteomalacia) (11).

In the evolution of humans moving to Europe, mutations of vitamin D regulating enzymes, as well as pigmentation loss, helped cope with scarce sunlight in Northern areas (12). But people whose dark skin was designed to protect them from strong sunshine, do not get enough vitamin D via sunlight in our Northern area. 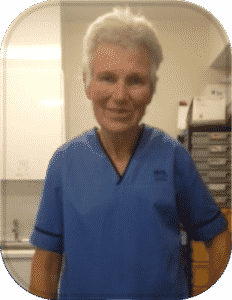 A large range of illnesses are mitigated or prevented with sufficient vitamin D. These include: respiratory tract infections (13,14), cancers (15,16), depression (17), MS (18) and pregnancy outcomes (19). Inflammatory conditions “use up” vitamin D. Cancer patients especially tend to be very deficient at diagnosis but improve symptomatically when intake is increased to a sufficient level. The Times (20) reported on one of our lung cancer patients who lived far longer than expected, and in good health. This suggests that even life expectancy can be improved. Just last year, four studies found that taking vitamin D improved cancer survival rates. (21-4) This should particularly alert our public health services since Scotland and the UK have poor cancer survival outcomes. (25)

Could vitamin D help with the COVID-19 pandemic?

Several studies worldwide point to a dramatic reduction in the death rate and severity of COVID-19 symptoms where blood levels are above 75 nmol/l (26). Whilst the initial rate of infection is not influenced, the chances of reducing the severity of symptoms, ICU admissions and deaths with sufficient D-blood levels are enormous. (27)

What is there to lose?

This safe, cheap substance is important for a well-functioning immune system. Yet, we know that most UK citizens, especially Scots, don’t have enough vitamin D in their blood. We believe that the present NHS recommendation of 10mcg as standard, irrespective of body weight or skin tone, is now insufficient and based on outdated guidance. My suggestion would be that all BAME people and most other Scots should be encouraged to take 100mcg. My research indicates a healthy level of sufficiency should be above 75 nmol/l. Very few people in the UK can reach this level of protection with 10mcg supplements.

My call is for dietary guidance to be updated so that widespread vitamin D supplementation of up to 100mcg becomes the norm across Scotland.

All references noted throughout the article can be found here.

Further reading on this subject can be found at the Scottish Government website.