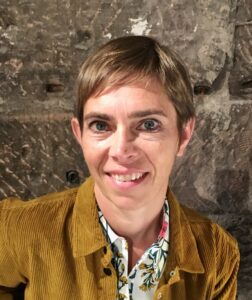 Alison Douglas is the Chief Executive of Alcohol Focus Scotland. Alison shares her view on the unhealthy relationship with alcohol which persists in our communities, unintended harm caused by alcohol and the preventative measures we can take to reduce these risks.

“Alcohol is celebrated throughout our society and culture. Yet the harm caused by alcohol – physical, mental, economic and social – is everywhere, hidden in plain sight and often endured privately”

So begins Baroness Finlay’s introduction to the recent report of the UK Commission on Alcohol Harm. It is a welcome and useful examination of the often paradoxical celebration of a substance that causes serious problems – not just to the drinkers themselves,  but also to those around them and to our wider society.  The Commission shone a light on this harm by speaking to those directly affected and then making practical recommendations for reducing alcohol’s adverse impacts.

Scotland’s ‘unhealthy relationship with alcohol’ has long been experienced and addressed by community nurses. There are specialist nurses focussed on alcohol and substance misuse. In addition, most community nurses interact regularly with people who either are harmed by that unhealthy relationship or whose drinking causes harm to their families and communities. In Scotland, around a quarter of us are drinking at higher levels than the Chief Medical Officers’ (CMO) recommended low-risk guideline of 14 units a week.

As the Commission noted, drinking is often framed by the alcohol industry as “an issue of individual responsibility”. That fails to understand the wider context. In recent years, we’ve seen the steady creep of alcohol into places and spaces where it would not previously have been, such as coffee shops and even hairdressers. At the same time, we are being bombarded with positive messages about drinking alcohol. These invade public places, including through advertising, sponsorship of sports and music events, as well as on social media. All of this sends out an unhelpful message that alcohol is a desirable  – even essential – part of our everyday lives. Along with the Commission, the World Health Organization (WHO) recommends marketing restrictions as one of the top three alcohol harm prevention policies, alongside raising the price of alcohol and controlling its availability.

Over the last ten years, the Scottish Government put in place a number of the preventative policies that this Commission has now recommended for adoption across the UK. These include the establishment of a new licensing objective to ‘protect and promote public health’; a programme of alcohol brief interventions to provide early advice to those who are drinking at hazardous or harmful levels; a reduction in the drinking driving limit; and, the introduction of alcohol minimum unit pricing (MUP) . Scotland is also ahead of the curve in terms of SIGN guidance, and a NES eLearning resource, on Fetal Alcohol Spectrum Disorder (FASD).

For our society as a whole, the focus should be to prevent people from developing problems with alcohol in the first place by changing the environment in which we live. But population-level policies must go hand in hand with making sure that our health and social care services are there to help those who already have a problem, or are at significant risk.

We need to get better at identifying those at risk and providing early access to the support they need.  Community nurses can play an important role here in helping raise the issue of alcohol consumption with patients.  Sometimes just asking someone how much they are drinking can be enough to prompt them to consider cutting down. Making people aware of the CMO low-risk drinking guidelines, and translating this into their favourite drink, may also be helpful. Community nurses could more actively seek, and undertake, the training available to deliver alcohol brief interventions (ABIs). ABIs can mean only a short screening and advice session that takes no more than ten minutes but can yield lasting benefits.

As the Commission heard, the impact of drinking goes far beyond the drinker. In Scotland, it is estimated that 17% of children live with at least one parent who exhibited hazardous, harmful drinking behaviour or had possible alcohol dependence. These can lead to physical abuse and violence, as well as a lack of care, support and protection. Even at lower levels of drinking, children report feelings of worry and concern. See, for example, the report prepared by the Children’s Parliament and Alcohol Focus Scotland titled: It’s all around you, all the time.

The pandemic and associated restrictions have led to increased concerns for children and families, with the NSPCC reporting an increase in calls to their helpline from adults with worries about parents and carers drinking and using other substances. Much more needs to be done to identify and support children and families affected by their own, or someone else’s, drinking.   Community nurses have been helpfully involved all along, but they, and those they serve, would benefit from more encouragement and practical support to strengthen existing efforts and impacts.

As QNIS has often pointed out, alcohol harm can, and does, occur even before a child is born.  Yet, public (and sometimes professional and political) awareness remains worryingly low. A UK-wide poll found that 26% of 18 to 25-year-olds were not even aware of the CMOs’ guidance that it is best not to drink if you are, or could become, pregnant.  The UK Commission on Alcohol Harm recommended action to prevent, identify and support those affected by FASD, as well as clear guidance on how to communicate the CMO guidelines and alcohol advice appropriately to pregnant women.

Tackling our wider culture of drinking will help in preventing alcohol-exposed pregnancies. However, we also need effective social marketing campaigns aimed at increasing understanding and awareness of the “no alcohol, no risk” message in pregnancy or when trying to conceive. This basic message also needs to be regularly and consistently offered by community nurses, GPs, sexual and reproductive health nurses, midwives and others who have an opportunity to talk to women about their drinking when advising on fertility or pregnancy.

All of this can seem like we have a huge mountain to climb. It’s true that no one approach or action will solve Scotland’s alcohol problem. However, unlike at the UK government level, we are not experiencing a “policy vacuum”.  Many of the policies already in place in Scotland are now demonstrably making a difference. Still, we all need to keep building on these successes and to recognise that, in the words of Dr Helen McAvoy (which close the Commission’s report):

We’ll never treat our way out of this situation…we have to start with prevention.