FASD Across the Lifespan: Behavioural Problems 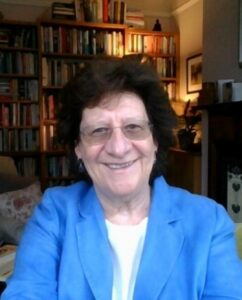 This is the fourth blog in the series presenting key elements from Prof Plant’s forthcoming report.  Read the first blog here; the second here; and, the third here.  While the last blog looked at the physical problems experienced by people with Fetal Alcohol Spectrum Disorders, this blog explores some of the behavioural problems. People often notice the behavioural problems associated with FASD long before any consideration is given to the physical concerns or a diagnosis.

Behaviours are often seen as ‘acting out’ or ‘attention-seeking’; those with FASD labelled as class comedians or the ones who never sit still. This causes disruption at home and at school. But no matter how frustrating these children and young people can be, no one is as frustrated as they are with themselves.

Babies affected by FASD often have difficulty with feeding. It’s not uncommon for them to quite suddenly arch their backs with real strength, which can take the mother by surprise. I’ve had to reassure numerous distressed mothers whose babies have literally jumped out of their arms.  As the babies begin to eat more solid foods, their heightened sensory awareness for taste, smell and texture can make it difficult to know what foods they will eat.  This is not the ordinary pickiness often found in children; rather, it is a sensory issue that continues throughout life.

Another frustration for children with FASD and their parents involves the planning and sequencing of tasks. It sounds simple to say, “Get ready for bed”. But think about it. This seemingly easy, daily instruction is made up of a number of steps:

For a child or young person with FASD, it is a challenge to remember all eight steps and then have to do them in the right order!  But remember, this is not wilfulness, laziness, or even naughtiness. This is the result of brain damage.

Problems following directions, coupled with a lack of social skills, begin to show more clearly when in group situations.  People who are friendly to start with soon realise there’s something different about the child or young person with FASD. Often, the group moves away and stops including them. When this happens repeatedly, loneliness and depression can set in and forms their ongoing lived experience. A list of diagnoses, labels or judgements can be found in their case notes and school records. What you almost never find in these records is a note of prenatal alcohol exposure or FASD.

Older children and adults with FASD also struggle in social situations. They often join a group of people who may not be the best ‘friends’ for them. But, as one young adult with FASD told me: “I knew they really weren’t good for me, but they accepted me”.

One characteristic that tends to thread through the lives of people affected by prenatal alcohol exposure is that they do not understand cause and effect. This is a common consequence of impaired executive functions in the brain. For some, not ‘getting it’ can lead to getting into trouble with the police.

Take the case of Jason; a young man on probation. Walking along the street one day, he sees two men trying to manhandle a very heavy container onto the back of a lorry.  His parents have taught him to be helpful. So, he helps them lift the container onto the lorry. Unfortunately, the two men were stealing a post box! For Jason (the one most likely to get caught) that action breached his probation.

Jason’s heartbroken father tearfully described this sad situation to me.  The additional sting was that Jason’s father was a prison officer. Raising Jason made him realise just how many young people he had worked with over the years who also kept getting into trouble. Usually, it was for the same petty, nonviolent crimes over and over again. They never escalated to more serious crimes but still kept returning to prison. He wondered how many of those young people had undiagnosed FASD. International data suggests that FASD is, indeed, a familiar part of the story of people who have an extended history of being troubled and in trouble due to no fault of their own.

How can this unhealthy cycle be broken?

In the next blog, we explore how these behavioural problems can lead to a lifetime of stigma.

Please share your views, suggestions and experiences with us at HPBL@qnis.org.uk or @HPBL_Scot.