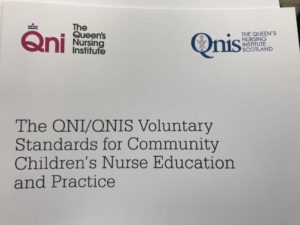 The two organisations worked together with leading experts to develop the voluntary standards, which also aim to provide young people, their carers and the public with a contemporary description of the CCN role.

They are contained in a report, launched during the QNI Conference in London on September 25, setting out the practice expectations of CCNs.

The CCN role is a highly complex one, and requires skills in negotiating, coaching, teaching and supporting the families and carers of babies, children and young people whilst collaborating with a range of other agencies and services.

Working in partnership, they enable children and young people with health needs to remain safely in the community and transition to adult services in due course.

The QNI/QNIS standards aim to identify the key aspects of the CCN role, with the standards grouped under four areas reflecting the breadth of skills needed for safe, high quality person-centred care.

QNIS have compiled pages to illustrate the role of a CCN, with interviews, stories and resources available.

There is currently no post-registration community nursing course in Scotland.

Access to the expert support of community children’s nursing also varies across the country.

However, as part of the Transforming Nursing Midwifery and Health Professions (NMaHP) roles programme being led by Scotland’s Chief Nursing Officer, the CCN role has been identified as a core part of the integrated nursing team caring for children and families. 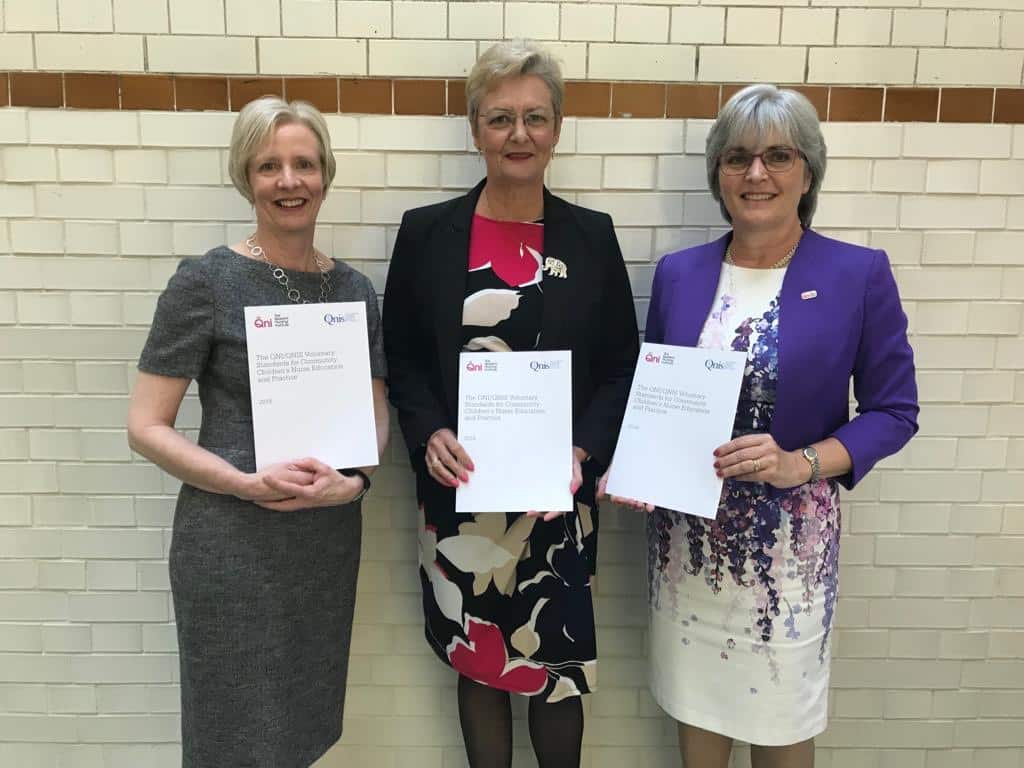 Clare Cable, QNIS Chief Executive and Nurse Director, said: “More and more children are being cared for at home with complex health needs and the commitment and skill of Scotland’s community children’s nurses is huge.

“Community children’s nurses are a lifeline for the families they work with. It is vital to ensure that Scotland has the skilled CCN workforce it needs to support families going forward.

“We hope these standards will make a positive contribution to the conversation with Government, NES, universities and Executive Nurse Directors as we plan for the future.”

Many community children’s nurses from Scotland were involved in the development of the work. A focus group in Glasgow brought together nurses from all over Scotland to share their views and expertise, with the draft standards then sent out for UK-wide consultation.

During 2018, the NMC announced new standards for pre-registration nurse training and the outcome of the review of post-registration education is expected in early 2019.

It is hoped that these new standards, drawing on the views of CCN clinicians and educators, will provide the basis for future educational development to support CCN teams.

The QNI/QNIS Standards do not prescribe the academic level, structure of the course or its length but they are intended to build on and enhance the NMC Standards and clearly articulate the requirements of CCNs leading teams in community settings.

Donna Hunter, Professional Nurse Advisor at NHSGGC, said: “I have really enjoyed the opportunity to be involved in the development of these voluntary standards, working with children’s nursing leaders from across the UK.

“The standards help articulate the core skills of the community children’s nurse, whilst recognising the diversity of the needs of children and families.”

Karen Wilson, Director of NMaHP at NES, welomed the publication of the standards, and added: “The standards provide an up-to-date resource that can be utilised where appropriate in the current development of Community Children’s Nursing in Scotland.”

The QNI news release and reaction from Dr Crystal Oldman, QNI Chief Executive, and  Mary Saunders, the QNI’s Project Manager, can be read on the QNIS website.