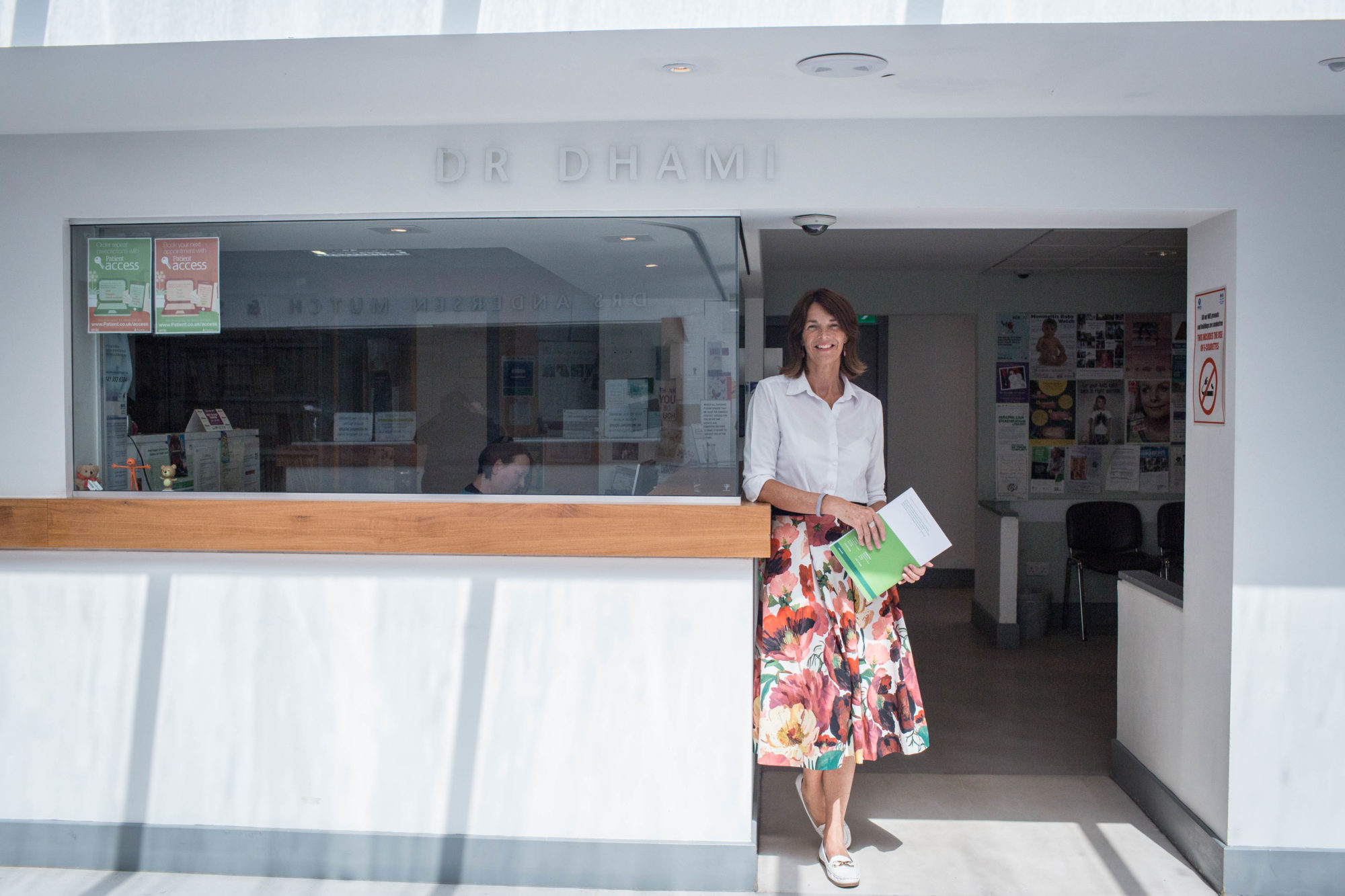 Lorna Dhami is the practice nurse, and practice manager, of one of the four practices at Easterhouse Health Centre in Glasgow.

It’s something of a family business, as the single-handed GP who is Lorna’s boss is also her husband, Dr Dav Dhami. “We know lots of our patients really well, we know their family dynamics, and how they’ll respond to what’s happening in their lives, and that’s a great help,” says Lorna.

“Our whole team, including the receptionists, go the extra mile to see people alright. It’s a very tight team.”

Lorna is one of Scotland’s new Queen’s Nurses, among the first 20 to be awarded the prestigious title in 50 years. “It’s been a blast to my system,” she says. “The ideas just keep coming.”

Easterhouse Health Centre serves one of the most socio-economically deprived communities in the country, and the practice that Lorna manages is one of the 100 so-called Deep End practices that specialise in addressing poverty-related health need. 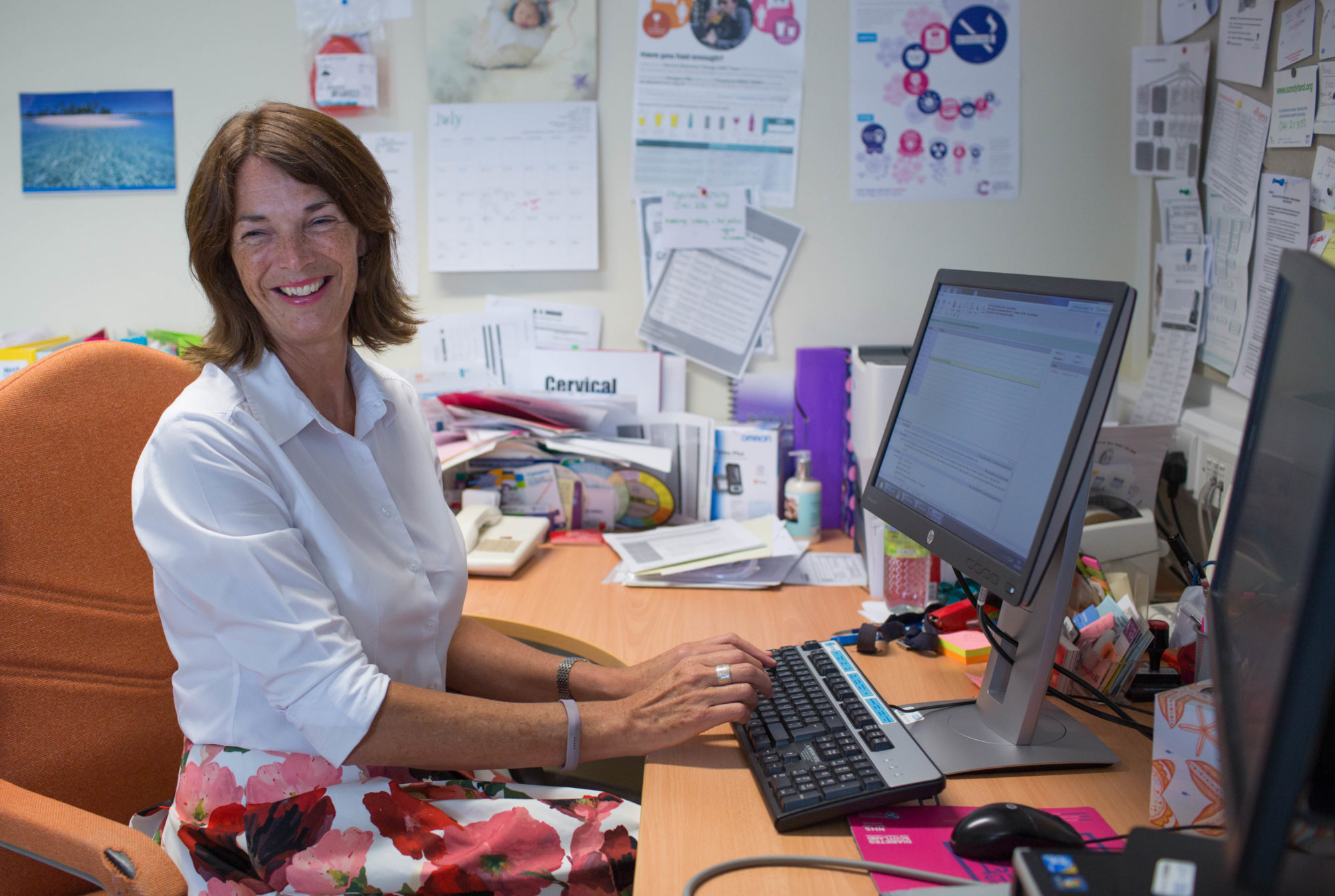 Having started out as a midwife, and following three children of her own, Lorna did a Practice Nursing degree at Glasgow Caledonian University and joined Dav in the surgery 22 years ago. The workload has intensified considerably, hence the lack of holidays, and she now spends her day providing practice nursing cover for 1,700 people on the practice list, the oldest of whom is 96. “It’s notorious as a tough part of the city, but the people are lovely. They really do have a heart of gold and would do anything for you,” says Lorna. “I wouldn’t swap it for the world.”

In the early days, Easterhouse was predominantly white working class, but new housing developments, and Glasgow’s policy of taking in asylum seekers, has diversified the population considerably. “It’s a much more multicultural place now, the dynamic is changing, and it has been welcomed,” says Lorna.

For Phebean Forster-Jones, born in Sierra Leone, Easterhouse has been home for seven years. “I would find it hard to move from here because of the people around me,” she says. “They are very good neighbours, and look out for me and my children.”

Phebean, a Glasgow City Council care worker, has regular appointments with Lorna, monitoring low iron levels in her blood. “I can talk to Lorna easily, and I feel free to do that,” she says. “She explains things to me carefully, stage by stage, and can tell if things are not alright with me – then she’ll sit me down and ask me what’s wrong. She’s straightforward, I can relate to her, and my kids do too.” 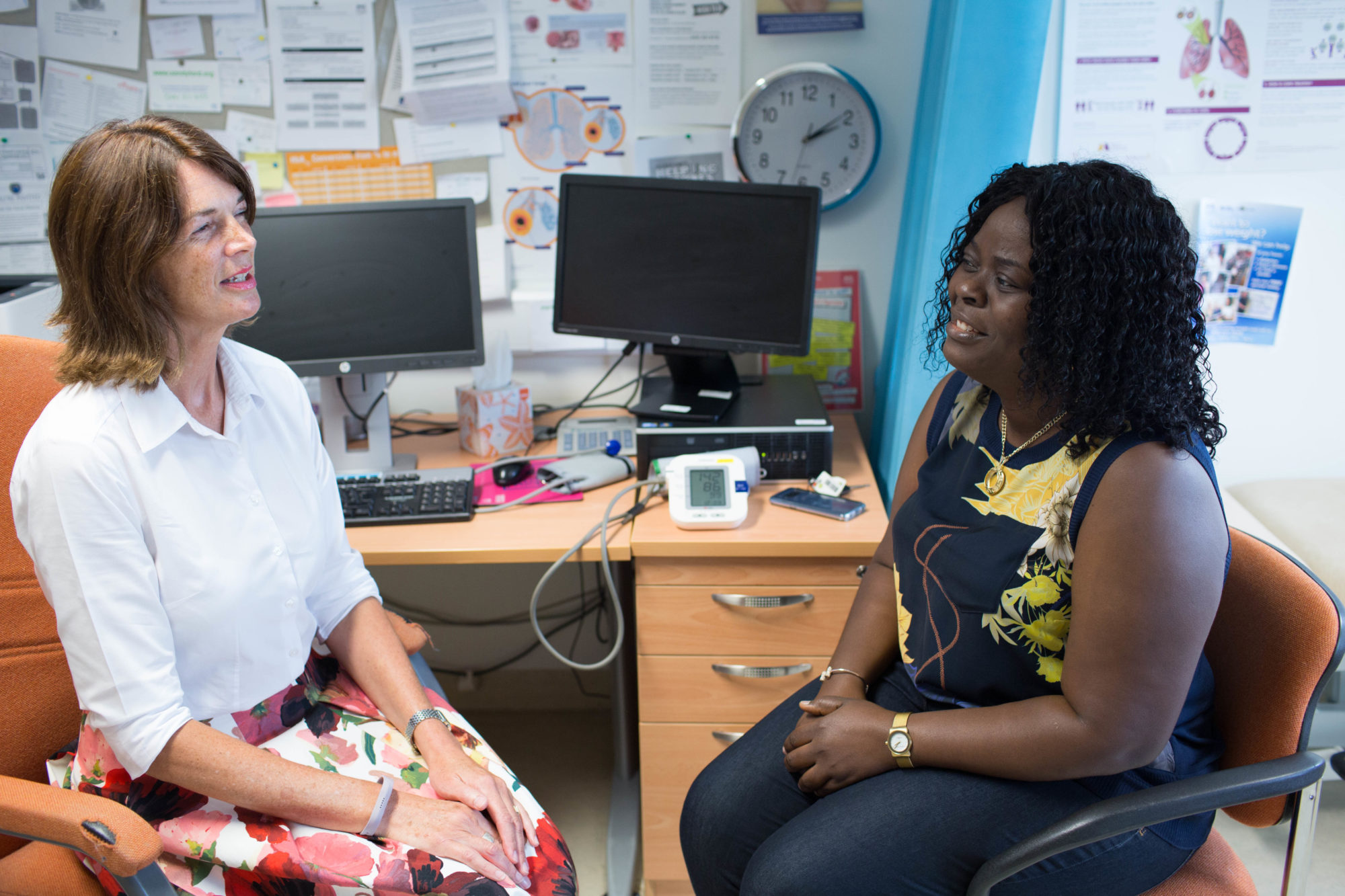 Lorna asks whether Phebean is taking her iron tablets regularly, and Phebean laughs. “She knows me too well. I can’t get away with anything!”

Promoting and protecting the health of her patients is Lorna’s raison d’etre. Clinical interventions – stitching, bandaging, ear syringing and the like – is delegated to the treatment room nurses, based elsewhere in the health centre. Lorna’s main task is to keep a watchful eye on patients living with chronic diseases such as diabetes, depression and heart disease, to dispense advice and assessment to the others that pass through her door, and to screen for potentially fatal health problems.

Death rates from cancer are far higher in places like Easterhouse than in more prosperous communities, and Lorna is determined that as many people as possible take advantage of potentially life-saving screening tests for bowel cancer, breast cancer and cervical cancer.

She is notified of people on the practice list who don’t respond to screening invitations, and takes every opportunity to engage them directly: she might see them at another clinic, or during an appointment, and will always raise it. “Sometimes people just have to have it explained to them personally,” she says. “They just need a gentle nudge.”

When the national bowel screening programme started, uptake among Lorna’s eligible patients was low at about 30%; thanks to her efforts it’s now nearing 50%, and growing steadily. 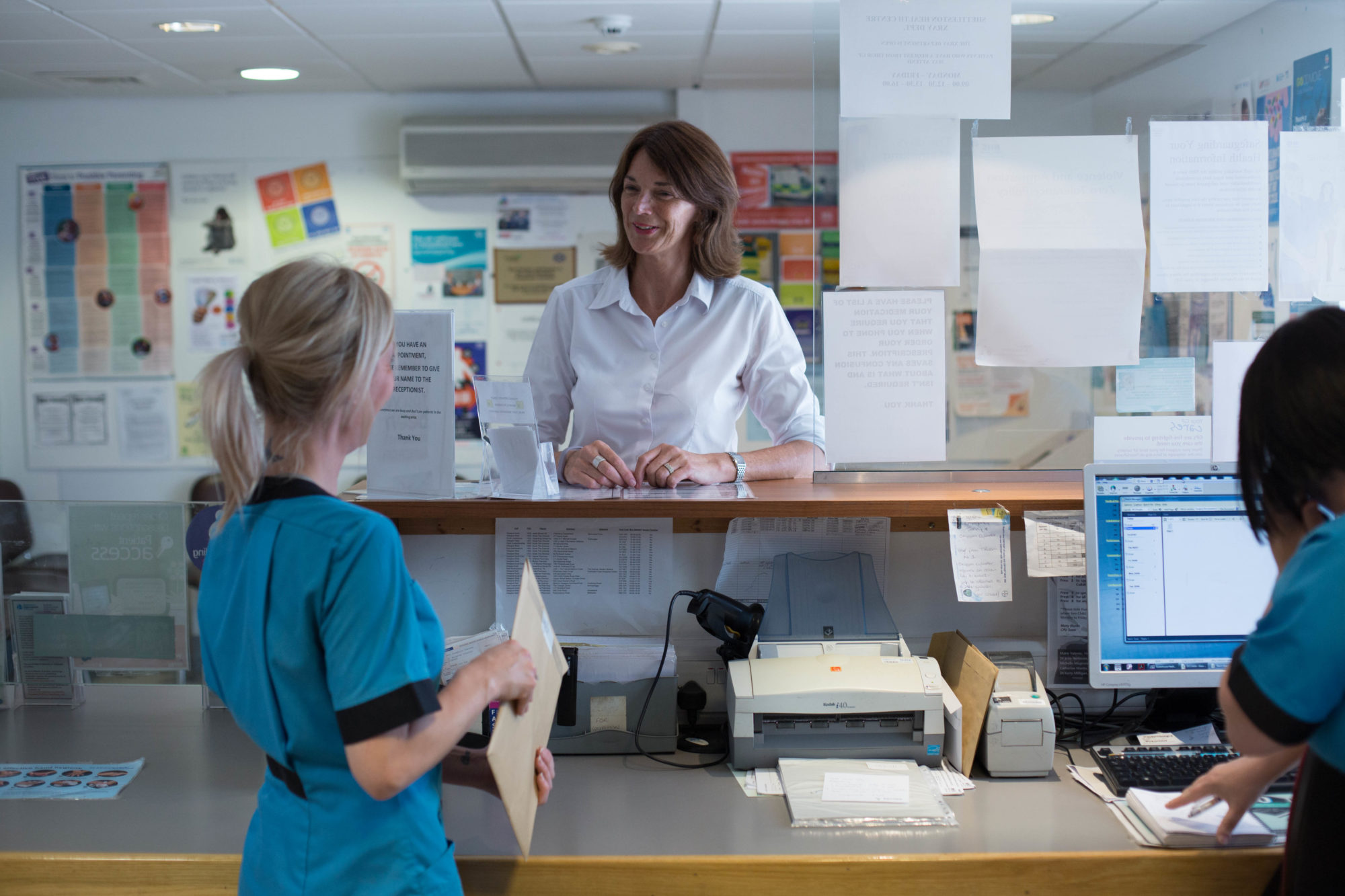 But of particular concern to her is the number of no-shows for cervical screening: 100 young women aged 25 to 35 who are at risk of developing cancer, and who aren’t having the smear tests they are entitled to that might detect it early. “I am trying to find out what puts them off coming,” says Lorna. “If I can answer that, I’ll crack it.”

Lorna is questioning why smear tests should take place in a GP surgery at all. “Perhaps the young women don’t like coming to the surgery, and a beauty salon or somewhere else would be a more conducive environment?” she says. “I’m willing to give anything a try.” 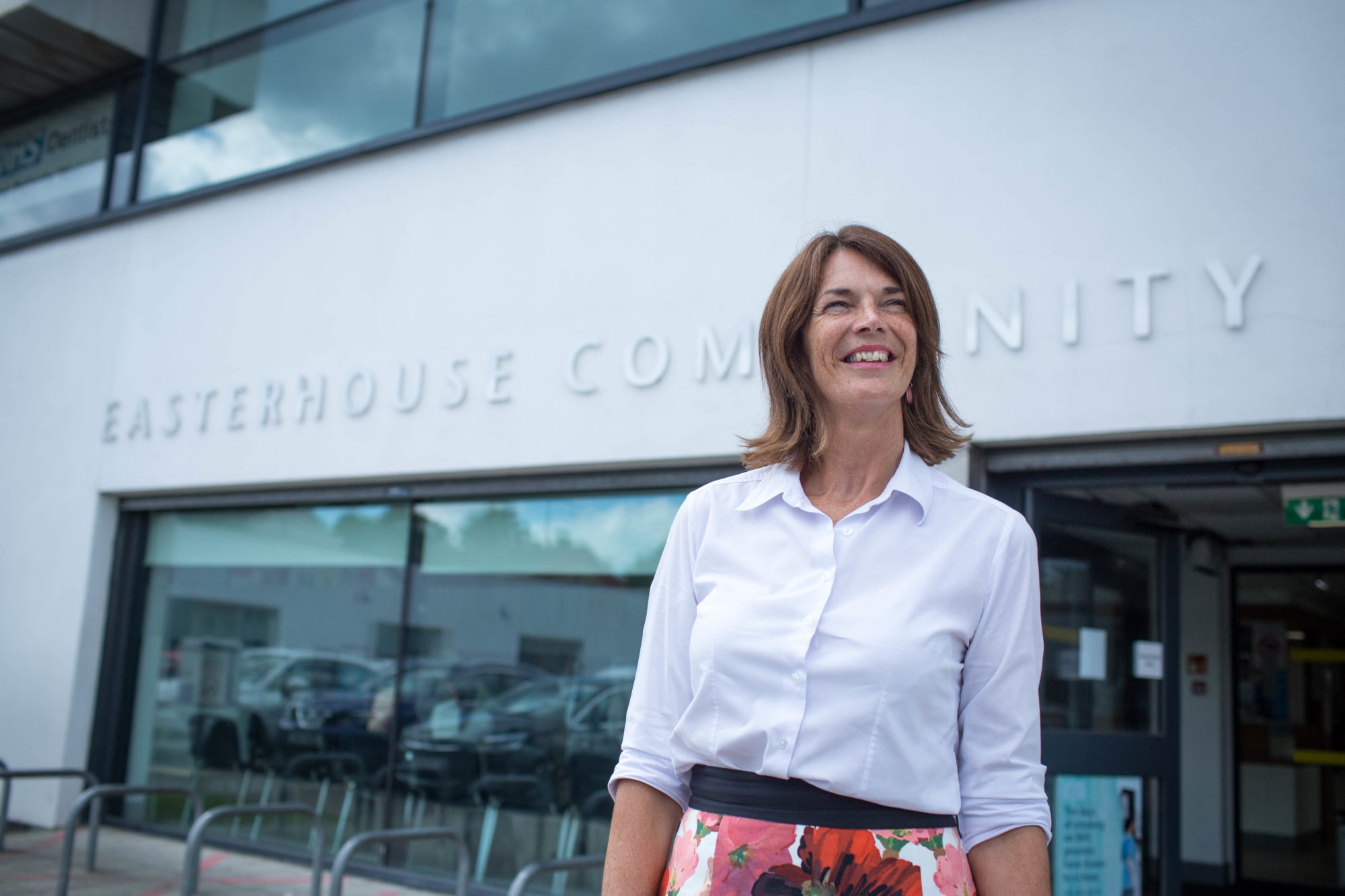 Inspired by her Queen’s Nurse learning, Lorna has offered to help NHS Education for Scotland develop their continuing professional development training for practice nurses, and at the last primary care cluster meeting, she suggested investing pooled funds in mindfulness training.

“I am serious,” she says. “When we’re dealing with so much stress, so many mental health problems among patients and staff, I really think we should introduce mindfulness. So many would benefit from it.

“A little while ago, I wouldn’t have said that out loud, but I’ve been empowered to speak up. Now I know it’s OK to be me.”