What was the issue that required change?

Crail Medical Practice is in the Parkhead area of Glasgow, which is a Deep End practice – meaning it is in the top 100 most deprived practices in Scotland. Led by the practice nurse, Christine Stuart, the team wanted to offer all patients a more accessible walking group which starts at the practice and is led by practice staff. Whilst there were a number of walking groups in the area, the team were keen to help build the confidence of those who has not been physically active for some time and would not have the confidence to join outside activities. It was very important that people felt safe and the familiarity of the practice building as a starting point and the practice team as companions has been central.

How did you tackle it?

The overall aim was to engage patients who have previously had barriers to participating in regular exercise or attending groups. There were two proposed intervention models – the first of which was to set up a weekly walking group for patients.

The second part of the project was to pilot a 12-week Live Active programme combining both a lifestyle education session and a variety of exercise/gym classes specifically for patients from the practice. This programme was a joint development and done in partnership between NHS Greater Glasgow & Clyde (NHSGGC) and Glasgow Life.

Posters were displayed to advertise the walk in the practice reception and patients were also told about the walks opportunistically at GP, nurse, healthcare assistant and pharmacist appointments. Patients were provided with a pedometer and Live Active water bottle after they had attended 3 walks. Step count was collated on a weekly basis.

What was the outcome?

There were measurable improvements in areas such as weight and blood pressure, with patient feedback being very positive. The project has brought the practice team together. The staff involved in the walking group enjoyed getting to know the patients on a more personal level and enjoyed the benefits for their own health. Patients reported increased confidence in their ability to go out a walk in their local area – something many of them had never considered doing before. The group’s successes included winning the British Heart Foundation’s “Team of the Year” award for this work and other interventions to improve the cardiovascular health of patients. Hopes for the future are to continue to recruit more patients and retain those who are already attending as well as encouraging some members of the group to undertake walk leader training.

The final report is available here.

Our Catalysts for Change 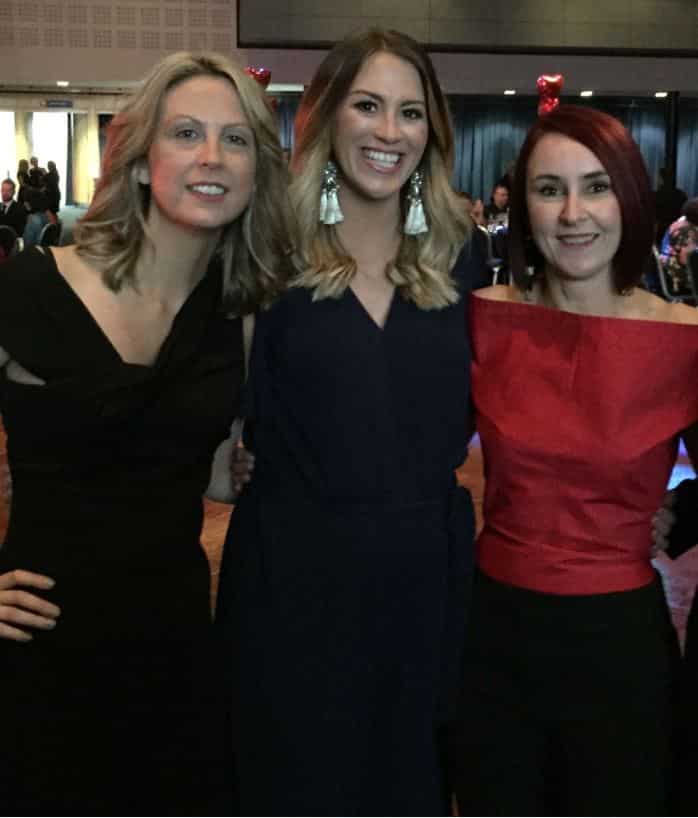 This was a joint venture between a Practice Nurse (Christine Stuart – centre), a Healthcare Support Worker (Lisa McDaid – left) and Pharmacist (Rachel Bruce – right).  They are pictured at the British Heart Foundation Annual Awards where the Practice won “Team of the Year”.

We asked Rachel a couple of questions:

We’ve always been strong advocates on how improving physical activity can have positive effects on health outcomes, but particularly with the weekly walks we have most significantly seen benefits in our patient’s mental health. I would say the impact it has had on us as well in just getting out ourselves and the effects it has on our wellbeing. The positive patient stories on how it is impacting on their life is really rewarding.

We have had lots of quotes from patients which are detailed in the full report. However, just last week one of our walkers who has been off work since last summer said he now feels fit to return to work and the major reason for this has been attending the weekly walk – he hadn’t left his house for a long time and just didn’t have the confidence to return to work but the walk had changed that. It has been so rewarding to see him develop over the months and although we are delighted to see him return to work we will now miss his company on our walks! I also met someone whose sister used to come on the walk and I asked why she wasn’t coming any more – she told me she was now going to the gym three times a week instead (after we had introduced her to the walk and the 12 week programme) so didn’t have time for the walk anymore but she had dropped 4 dress sizes! So although our numbers may not be high there are a number of people that no longer attend as they have “progressed” in some way.