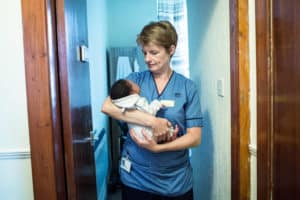 Community midwife Hilary Alba has organised and hosted an awareness raising event on human trafficking as part of her Queen’s Nurse award.

Hilary, who was recently named Midwife of the Year at the Scottish Health Awards, works in Glasgow caring for pregnant asylum seekers, refugees, trafficked women and women who have undergone female genital mutilation.

The midwife, who was part of the first cohort of Queen’s Nurses to be awarded the title in Scotland in 2017, brought together a range of speakers for the full-day conference held on November 6.

Human trafficking is a form of modern-day slavery, involving the transportation of people in the UK in order to exploit them by the use of force, violence, deception, intimidation or coercion.

This exploitation includes commercial, sexual and bonded labour. Trafficked people have little choice in what happens to them and often suffer abuse due to violence and threats made against them or their families. 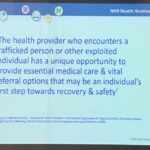 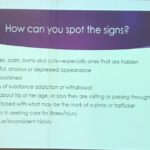 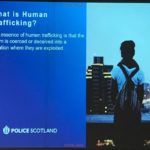 Legislation passed in Scotland in 2015 established a single offence of human trafficking and increased the maximum penalty for offenders to life imprisonment.

Hilary’s summit, sponsored by the Royal College of Midwives (RCM) Scotland and supported by NHS Greater Glasgow and Clyde, was held in the lecture theatre of the New Lister Building at Glasgow’s Royal Infirmary.

Some of the issues covered included discussing the importance of health and social care professionals being aware of the tell-tale signs of human trafficking and ensuring they are ready to offer support and facilitate appropriate referrals.

The conference heard how victims of human trafficking have been recovered across Scotland, with the issue not confined to the big cities.

Fellow Queen’s Nurse Jessica Davidson, who works as a senior criminal justice nurse, shared her experience of working with those who have been trafficked and the challenges in supporting them.

Jessica also highlighted the need for self-care and reaching out for the support of colleagues when we deal with this level of abuse and trauma. 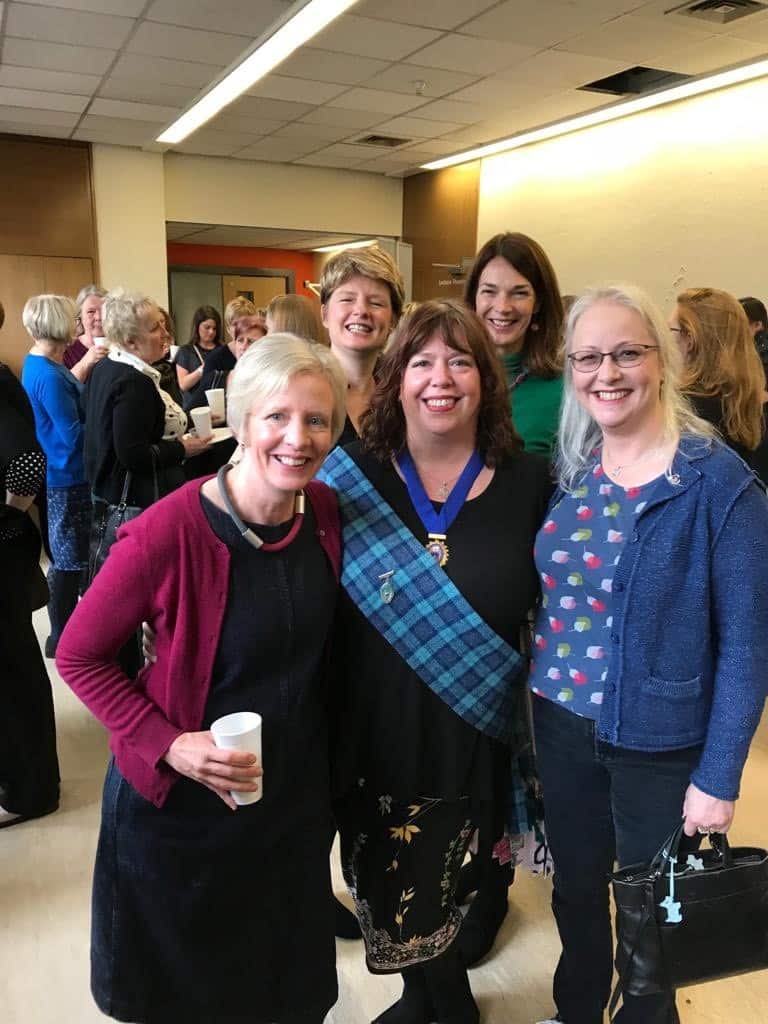 Hilary, who is senior charge midwife of the Special Needs in Pregnancy (SNIPS) team, said: “I always hoped to use my Queen’s Nurse title to raise the profile of the vital work the team does.

“I am also proud to be able to bring together agencies involved in working with some of the most vulnerable people in society and to facilitate discussions about the issues we are experiencing in bringing care to socially disenfranchised groups.

“The issue of human trafficking is right under our noses…in plain sight. We must all trust our guts if something seems not quite right.” 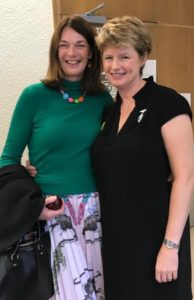 Clare Cable, Chief Executive and Nurse Director of the Queen’s Nursing Institute Scotland, added: “It may take a while for a victim of human trafficking to feel safe enough to reach out.

“For community nurses, midwives and health visitors, every conversation is an opportunity to open the door to someone to receive help. “

Queen’s Nurse Clare Stiles, who works as NHS Shetland’s team Leader for Child Health, attended the event and added: “The conference was excellent in that we were able to immerse ourselves completely in the subject by hearing from speakers from many agencies who have a vast experience of working with people who have been trafficked. They willingly and enthusiastically shared their knowledge and experiences so that we could gain a greater understanding of the issues, and I will take this back to my health board to raise awareness and help to identify and support potential victims of this issue.”

Those attending were shown a hard-hitting introduction on the impact in people’s lives of human trafficking and it can be found on the Gangmasters and Labour Abuse Authority YouTube site below.