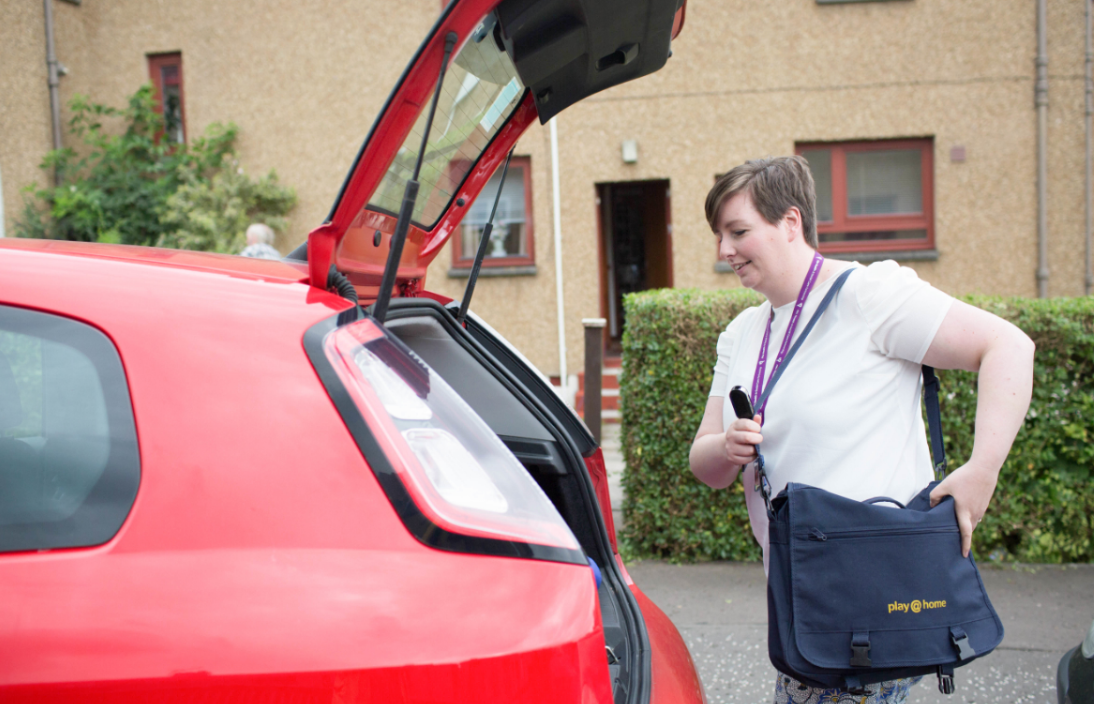 Gemma MacDonald was driven to work in maternal and infant healthcare following her own experience of having her first baby aged 19 and feeling that the support she needed wasn’t always available.

When she became a mother for the second time a year later, the experience was very different. “I felt listened to, and supported, and I realised the important benefits of a good Health Visitor,” she says. “I had a fantastic one, and I wanted to give something back.”

Backed by her husband, whom she had married at 18, Gemma went to Dundee University to study midwifery while her first three children were still small. As soon as she qualified, she gained her Health Visiting qualification, by which time she was a mother of four.

“I felt so disconnected after my first baby was born, it took until my third child for me to accept the situation, move on and put it behind me,” says Gemma. “I think it helps that I’ve been there. I’m very aware that people want you to be honest, and they want to be heard.” 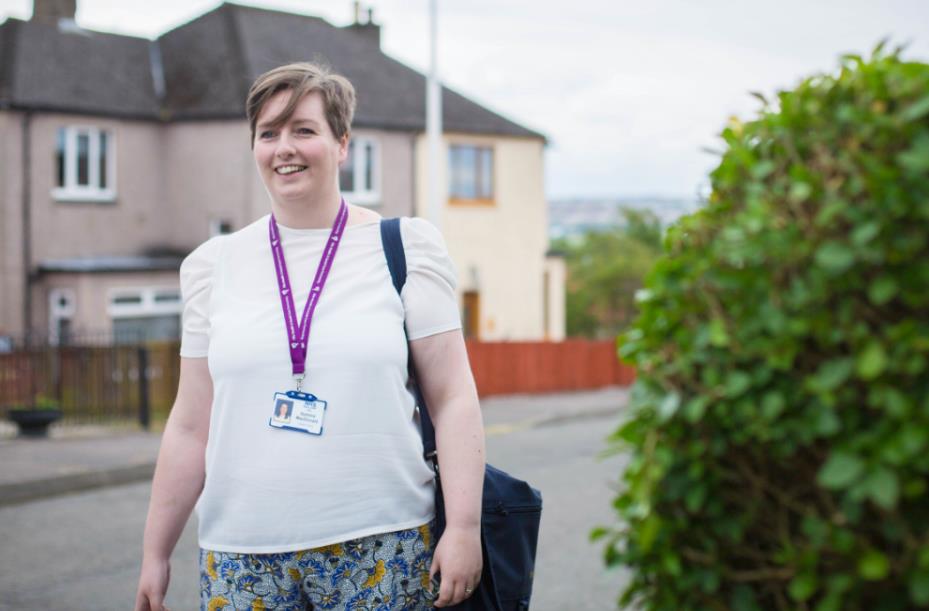 Gemma works in West Fife, covering some of the most highly-deprived communities in the Kingdom. Ballingry, Cardenden, Lochgelly, are former mining towns that lost their purpose with the closure of the pits, and the demise of heavy engineering.

From a base at the Rosewell clinic in Lochore, a team of six Health Visitors covers the area. “Ideally we make contact with women and their families as early in pregnancy as possible, work with them to sort things out before the baby is home, then pick up where the midwives leave off,” says Gemma. “It’s my job to assess situations, and engage families in what needs to be done to give their child a secure and happy first five years.” 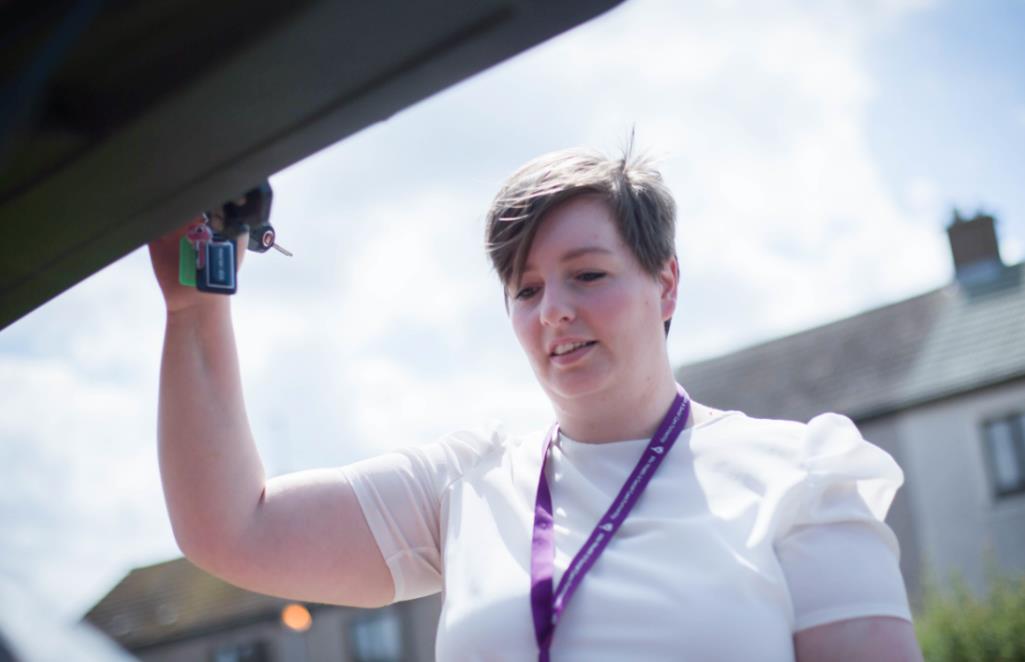 At just 31, Gemma is one of the youngest of the newly appointed Queen’s Nurses and she believes the programme has allowed her to feel braver to practice in a more person-centred way.

“Before, there was a professional barrier went up: I didn’t think I was allowed to develop relationships with the people I work with, but now I feel as though I have been given permission to practice with loving kindness, and that will allow me to deepen the connection I can build with families,” she says. 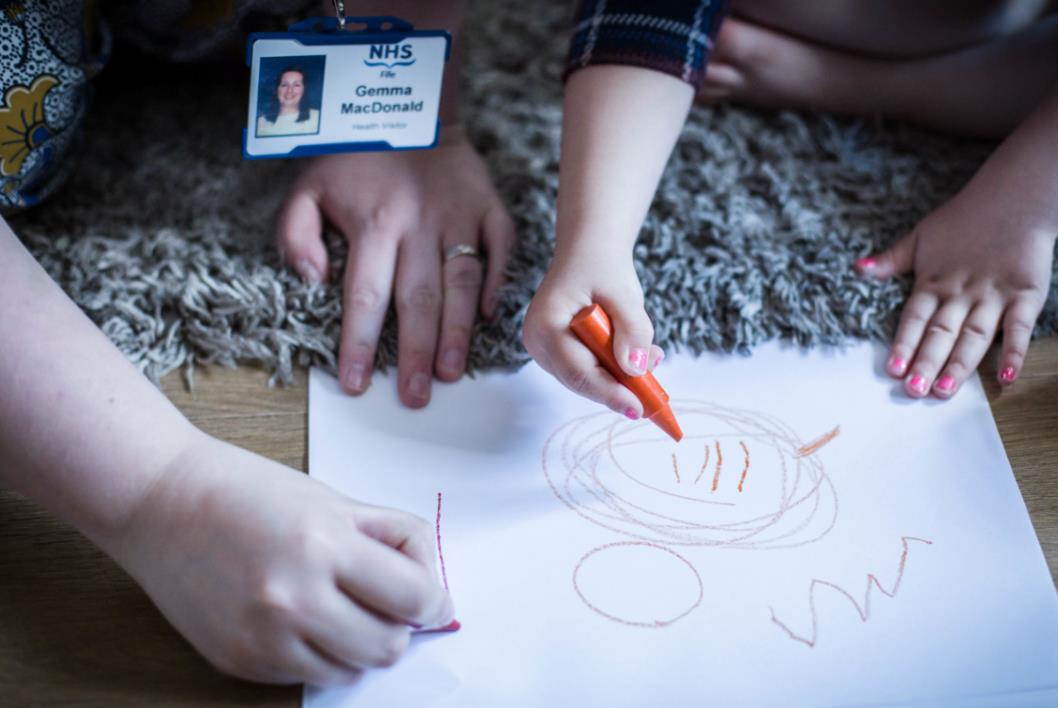 Responsible for overseeing a child’s wellbeing, Gemma works closely with the other statutory authorities and local voluntary organisations. She help families seek out the support they may need for mental health issues, substance misuse, domestic abuse, or housing issues and signposts people to the other services such as Women’s Aid, Family Support, Foodbank and support groups for survivors of domestic abuse. And all the time, she is getting down on the floor, checking in with the children, monitoring their development, and passing on hints and tips. 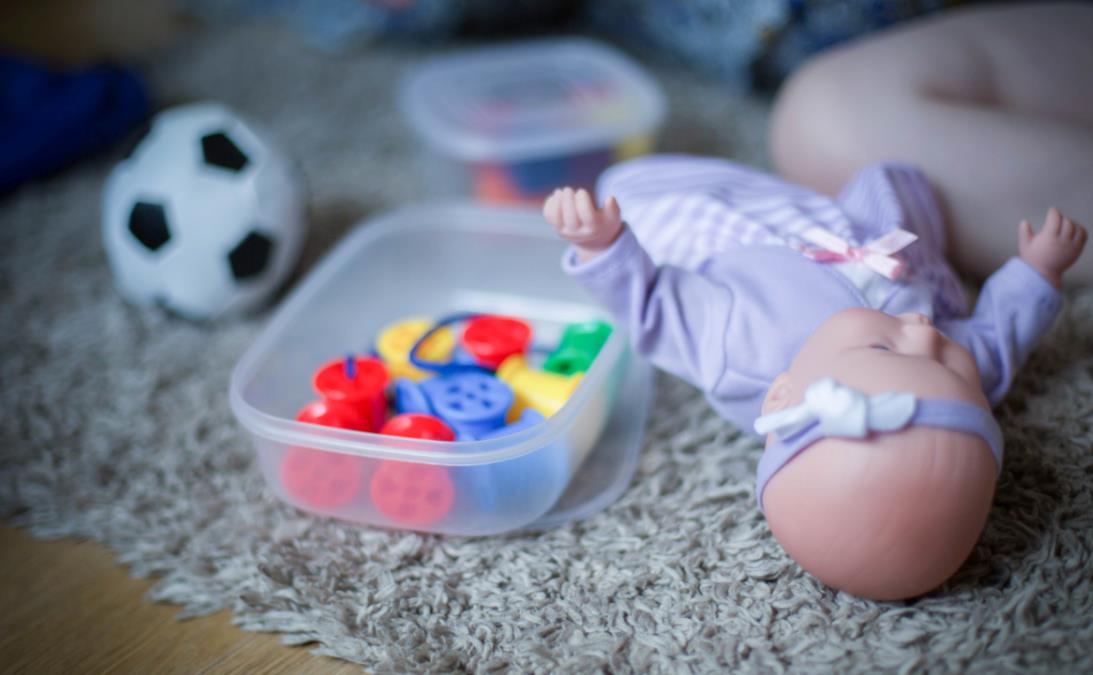 As well as visiting families, Gemma operates a clinic in Cardenden health centre, and is exploring ways of improving the handover of vulnerable families between midwives and health visitors.

“By improving communication between us and getting together early in pregnancy to plan ahead, we can do even more to help,” says Gemma.