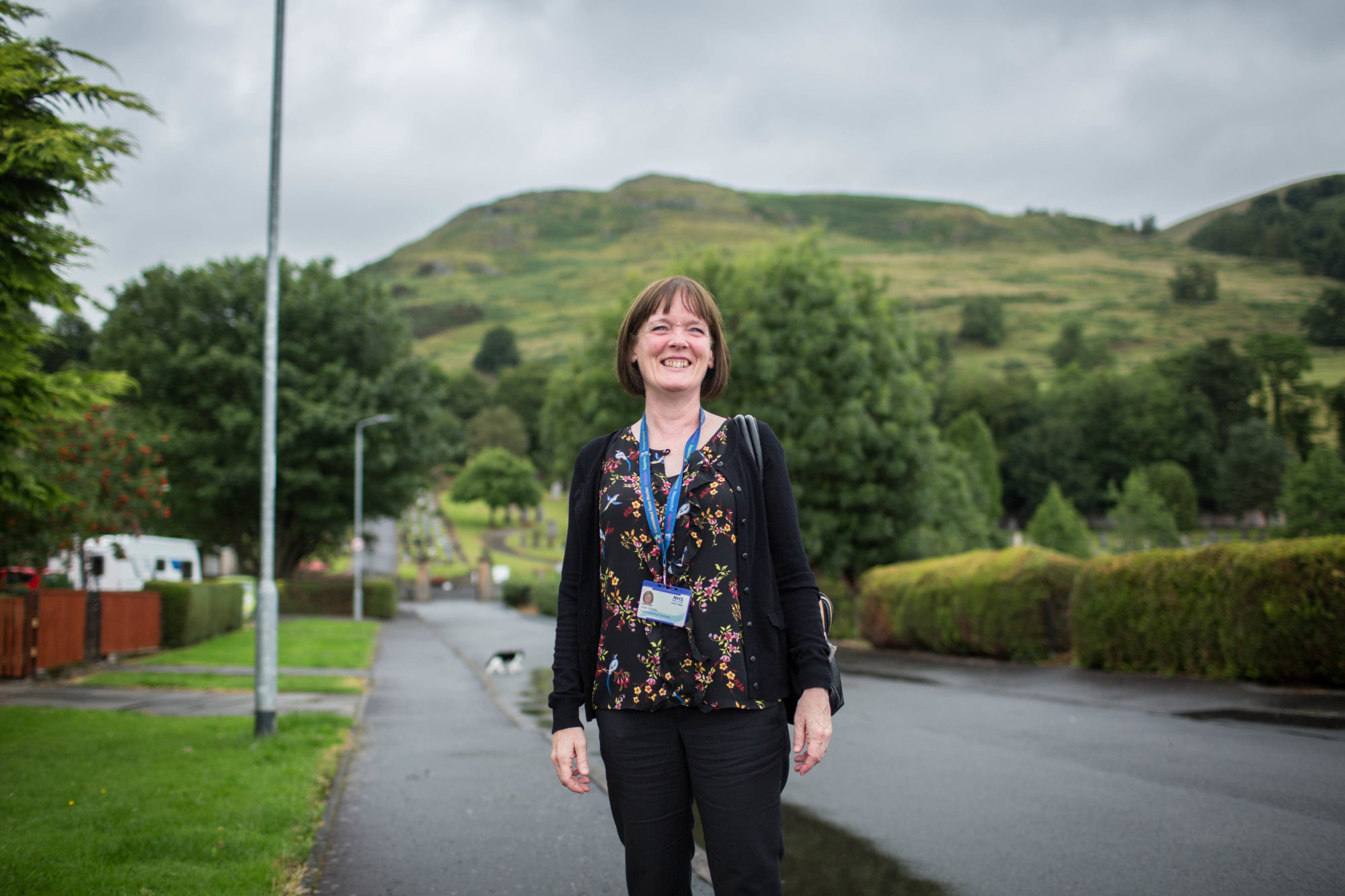 The welfare of children has always been close to Joan Gracie’s heart, and as Team Leader for School Nursing in NHS Forth Valley, she feels she is making a real difference. “There are so many young people in need of help,” she says. “Here we are determined to see they get it, hopefully at an early stage.”

Joan manages the school nursing service in Stirling and Clackmannanshire, and oversees a team made up of a Health Care Assistant, a family support worker, two counsellors and 10 Staff Nurses. Between them they offer support to around 500 families a year. “We mainly work with children and young people for whom there are emotional and behavioural issues,” says Joan. “We spend time with them and their families to unpick what that’s about.”

When she came into school nursing from health visiting in 2007, Joan was struck by the need for modernisation. “It was the traditional medical model, nurses doing clinics and seeing to the routine physical health needs of children and young people,” says Joan. “I could see that change was required.”

The following year, Clackmannanshire School Nursing Service was selected as a pilot site for the Scottish Government’s Health and Wellbeing in Schools project, which came with the resources to create a gold-star service. “It offered an opportunity to do something different, to build capacity and partnership working, and think strategically,” says Joan

Bringing together all sectors – the education department, youth services, social services and charities – Joan and her team established a way of working that evaluated strongly. But when recession hit in 2010, funding fell away and many staff went back to their substantive posts. Undeterred, Joan resolved to rebuild the service with reduced resources. “The team got together and we thought about what we could do,” she says. “The way we work now is the result.”

The nurses on the team have received additional training to support children and families with the most complex needs, and they work closely with partners in the local authority and third sector to enable working together in more meaningful ways. “We gradually altered things to focus on the most vulnerable,” says Joan. “We can now show that most of the children, young people and families we work with have achieved significant progress.” 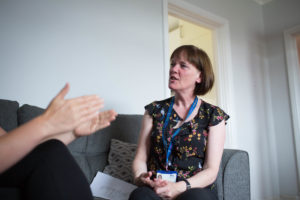 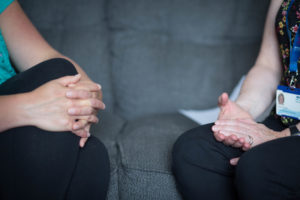 The service works with children with emotional and behavioural problems, those who have experienced domestic abuse, young carers, children on the child protection register, children who are looked after at home, children who are affected by substance misuse, homeless families, and others involved in the youth justice system. “It’s a long way from school nursing of the past,” says Joan. “The challenges children and young people are facing now are significant.”

The school nursing team is dealing with unprecedented demand for psychological support. Young people everywhere are under stress, and rates of low mood, anxiety and self-harming are high.

The team runs confidential, multi-agency, school based drop-in sessions on a weekly basis, “We ask the young people what they want, and make it happen,” says Joan. “It’s important they own the service we offer, and let us know if it is meeting their needs.”

When a child comes to the team’s attention, maybe referred by a teacher, a parent, or sometimes by the child themselves, the nurses make contact and arrange to meet.

“Giving support to parents who are going through difficulties with their children is another key role. Parenting is complex and challenging and working with families to overcome obstacles is one of our core functions.” 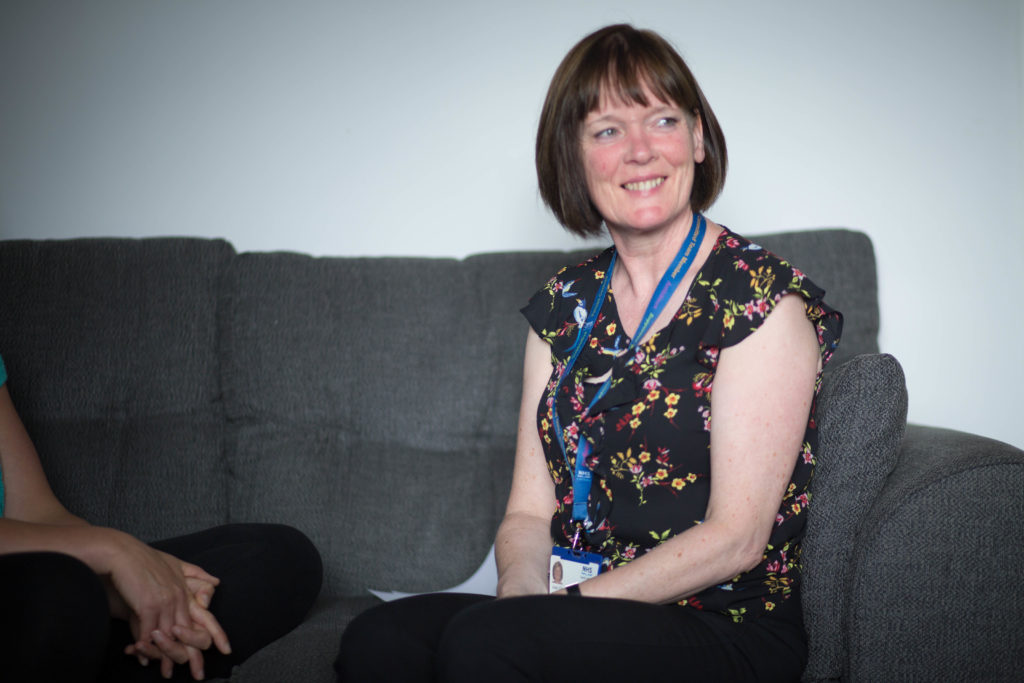 Joan regards the Queen’s Nurse title as a great honour. “I feel very inspired and enthused by the values that underpin Queen’s Nursing,” she says. “It’s an affirmation of what I do, and encouragement to be braver and bolder with it. I am much more confident about using words like ‘love’ and ‘kindness’ now.”

As part of her induction as a Queen’s Nurse, Joan has been undertaking a project to enhance holistic care in a particular area. She is focusing on the needs of children who are looked after at home under a supervision order, a group of young people who have even worse health outcomes than children who are looked after in other settings. “They are not so visible, often not at school,” she says. “But if we can reach out to them, we can give them the help they need to see them through turbulent times.”

To build the skills of her team to cope with growing demand and increasing case complexity, a new skills pathway for school nursing is being embedded. One Staff Nurse is completing an MSc in Public Health Nursing, and Joan hopes others will follow.