Kelvin in the news

Community Mental Health Nurse Kelvin Frew is team leader of the NHS Dumfries & Galloway Crisis, Assessment and Treatment Service. As well as managing the service, and working part time on the crisis response team, he carries a small caseload of regular clients.

Brenda* is one of them. Today they are chatting over a coffee, and remembering when they first met. “It was 1988, and he’d just started nursing,” she says. We go a long way back, don’t we?”

It was experiencing the old hospital-centric way of doing things that persuaded Kelvin that there had to be a better way to support people in mental distress. So, 14 years ago he was asked by his management to try a different approach, and he devised a plan to offer nurse-led crisis assessment and home treatment. The rationale was, instead of routinely admitting people as emergencies when they reached crisis point, why not give access to specialist mental health nurses working autonomously in the community?

“It’s about trying to offer people alternatives to the wards,” he says. “Being in a psychiatric hospital can be bad for you: it carries stigma, there’s a higher risk of suicide, and it affects people’s view of themselves. Inpatient care, unless it is absolutely necessary to preserve safety, very often promotes helplessness. We’re about trying to help people own their problems, to appreciate that they are in control of their own destiny.” 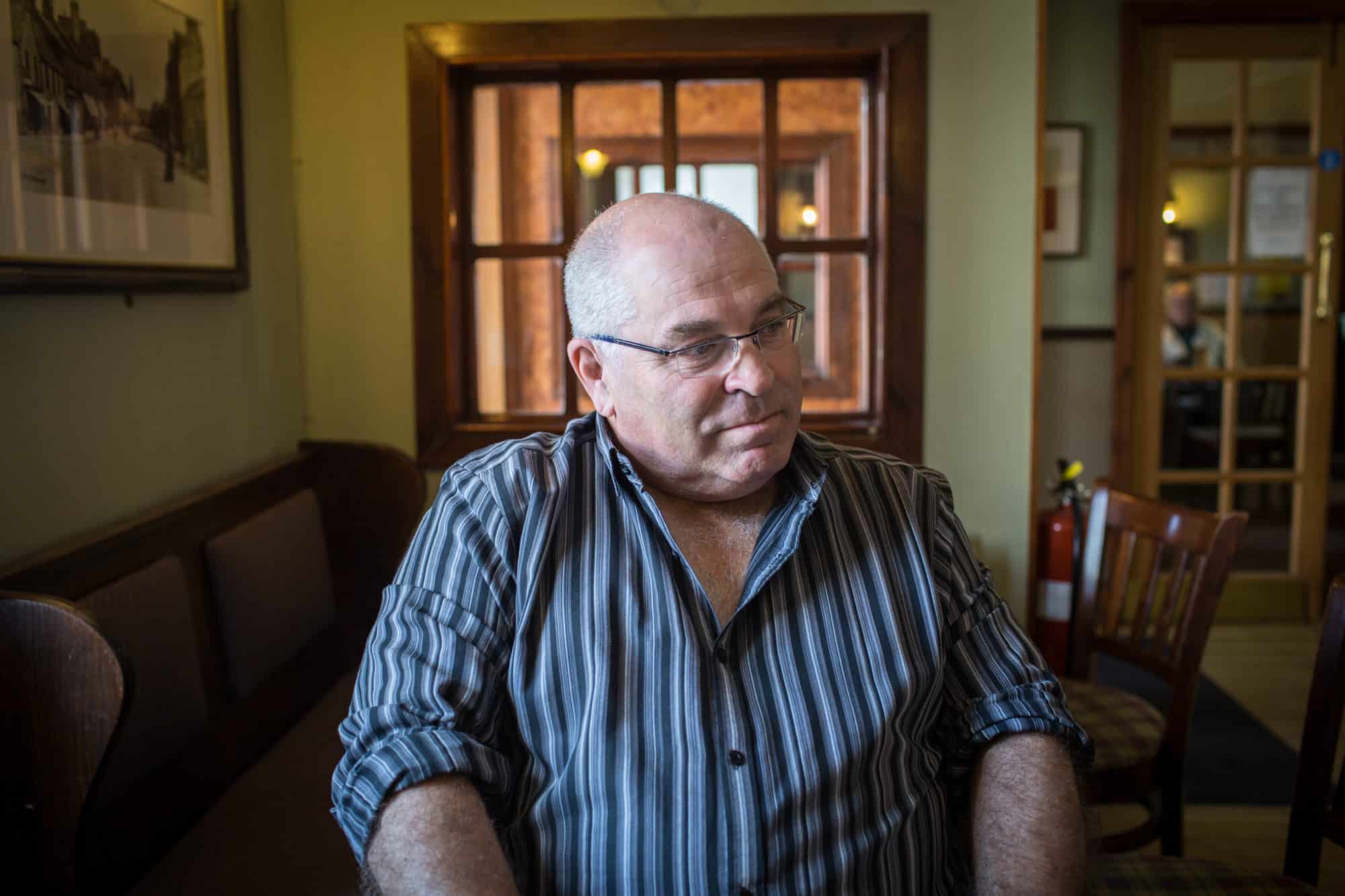 The service’s crisis team of 18 nurses and healthcare assistants, plus four hospital-based liaison workers, offer round-the-clock cover for the whole health board area. From their headquarters in Dumfries, they may be called to any one of the region’s towns, or dispatched to visit a patient living far out in the country.

“We see people who require very prompt mental health input, people who might pose a risk to themselves or, occasionally, others,” says Kelvin. “That’s when we step in.”

Referrals are usually made by GPs, but can come from other parts of the mental health service. Unless the request is for immediate intervention, the requirement is for patient contact to be made within 24 hours of referral, but in practice contact happens within three hours.

“The staff are all skilled at psychiatric intervention,” says Kelvin. “The cathartic effect of having someone to talk to is often enough to defuse a situation. With encouragement and support, people can come up with their own solutions.”

The service sees around 2,000 patients a year and numbers are growing. “There are lots of people diagnosed with life-long conditions such as personality disorders that are often a result of childhood trauma, and their problems are very difficult for the patient, and services, to manage effectively,” says Kelvin. “We are seeing more and more people with such difficulties and they are the ones you least want to see accessing the crisis team. We should be able to offer them better support and treatment in other parts of the mental health system. When people in this situation see the crisis team, it means something has gone wrong with their care.”

As a rule, the crisis team works very closely with people for a short period of time. “If their crises aren’t resolved within six weeks, we need to think again,” says Kelvin, whose staff can refer people on to other mental health teams or to psychologists; to drug and alcohol services, or organisations such as Rape Crisis. “We signpost people to places where they can find long-term support,”

On referral, patients are triaged – dealt with in order of clinical priority – and they are usually visited first at home. “You get a better understanding of a person when you see how they live,” says Kelvin. “Poverty is very apparent sometimes, and you can usually gauge if there is supportive community or a family around. You get valuable insights to the whole person, and take your lead from there.” 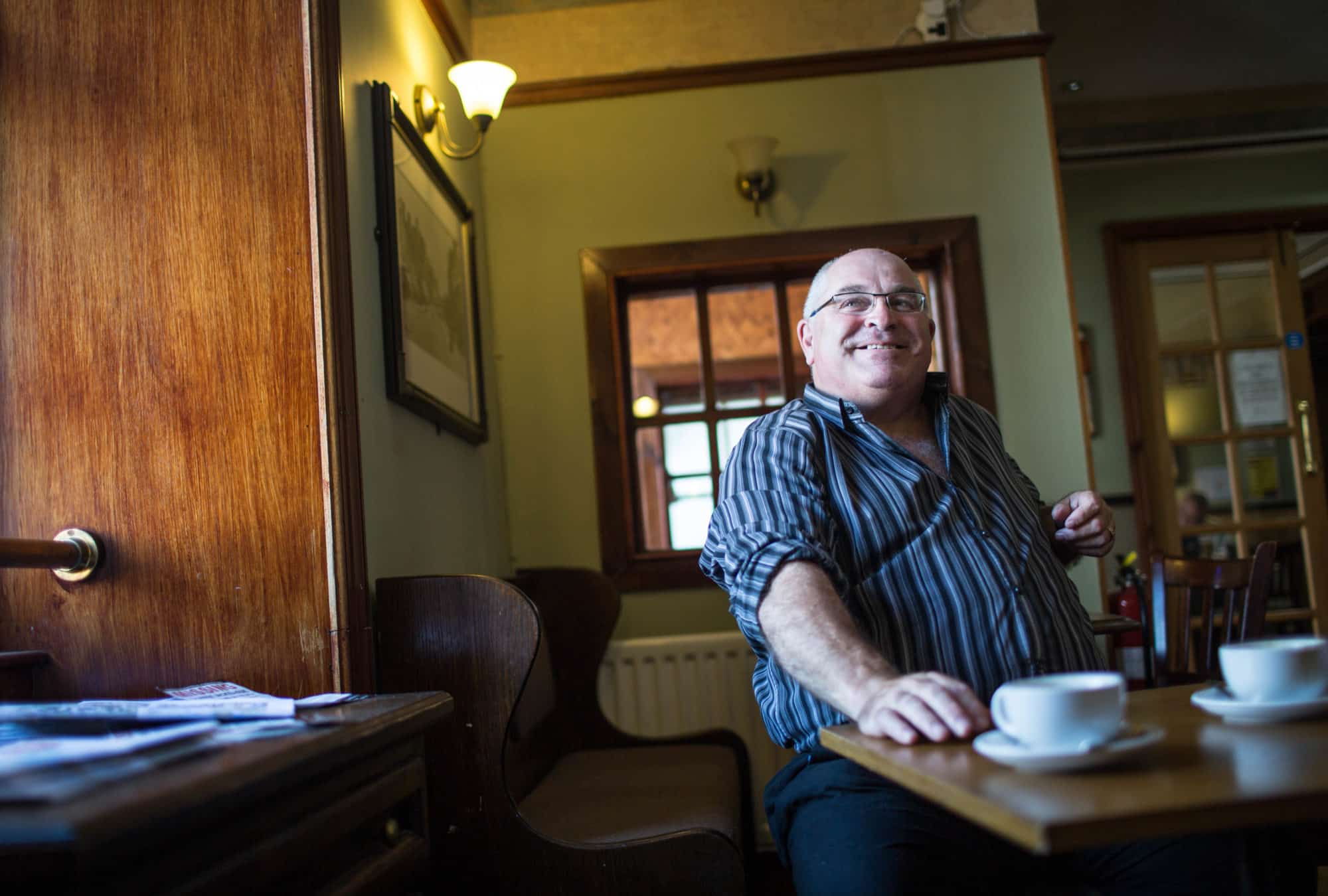 Over the years professional trust has grown as the service has proved its worth, and now the challenge is keeping it responsive. “It’s quite a labour intensive operation, and it’s tough on the staff,” says Kelvin. “We are always having to find new ways of spreading the load further without more resources.”

One way of easing pressure has been to train support workers to do the tasks qualified nurses don’t have to do, freeing their time to for assessment and treatment. “They’ll do home visits and report back to the trained staff; they’ll deal with basic but crucial things such as checking there’s food in the fridge, the electricity is working, and that the person is able to look after their personal hygiene,” says Kelvin. “The support workers are a vital helping hand.”

Kelvin was nominated to take part in the Queen’s Nursing Institute Scotland’s development programme, and is one of the first Queen’s Nurses in the country to have been given the title in 50 years. “I want to use it to reach out to nursing students, to tell them how rewarding this job is. I want to talk to the public about what a modern mental health service should look like, and engage them in taking better care of themselves and others. And I want to be able to influence local developments and policies as a clinical expert in my field,” he says. “Being a Queen’s Nurse is an accolade to the whole team.” 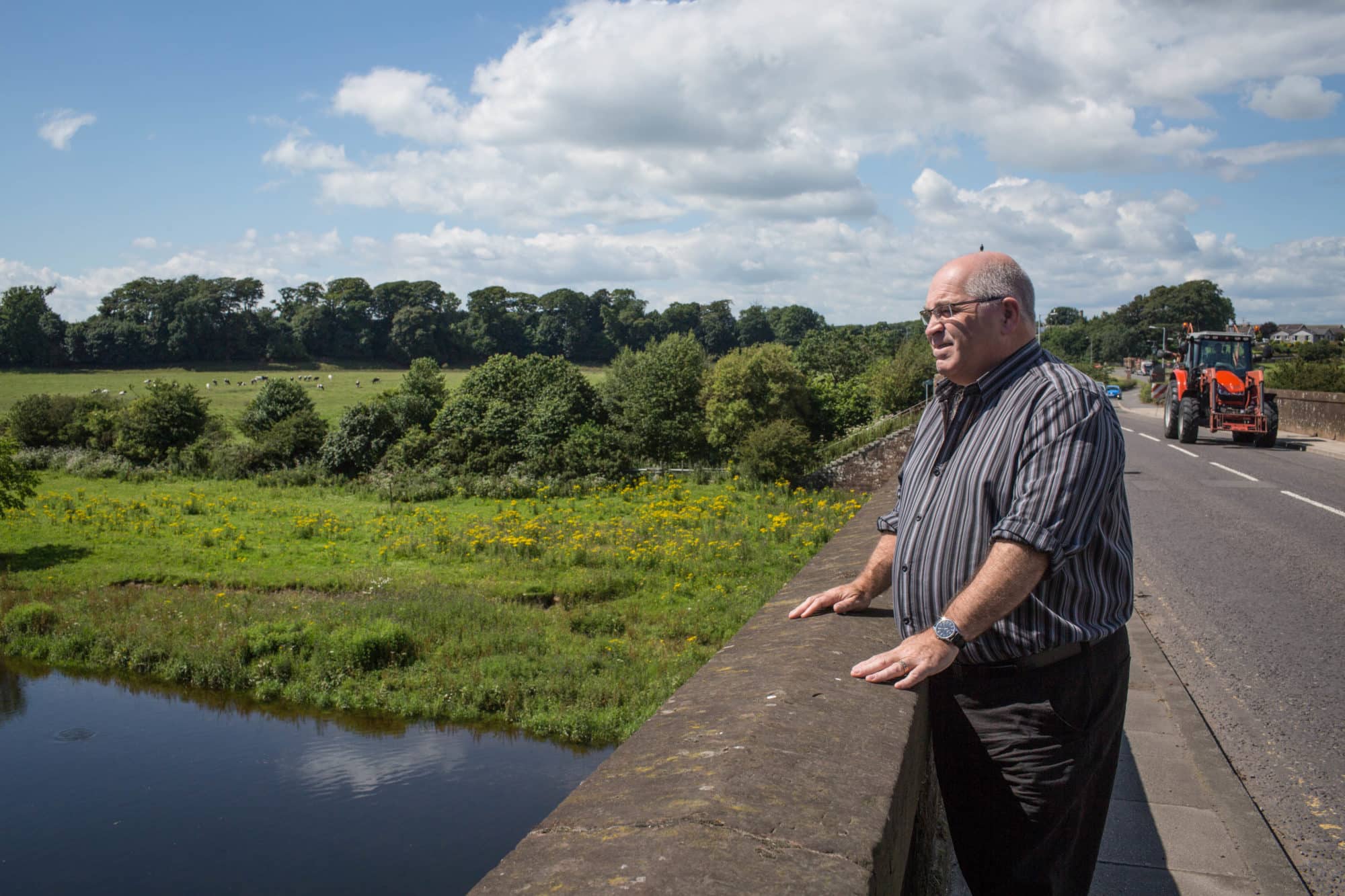 Kelvin’s current task is working with the local Police Scotland division to embed the Crisis, Assessment and Treatment Service in their operation. “We need to improve the pathway for people with

mental health problems who come into contact with the Police,” he says.

After many years, the crisis team is now embedded in the local mental health service, and there is no admission to an acute ward without reference to the nurse-led team. “We are now working with A&E staff and Police on another way of managing patients with mental health problems there,” he says. “It may take time, but I am certain we will get there.” 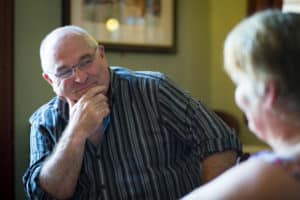 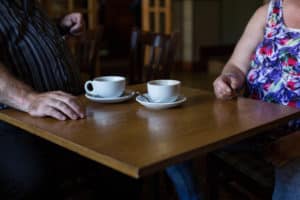 At one time no-one thought Brenda, now aged in her 50s, would ever be able to live outside hospital. Diagnosed with emotionally unstable personality disorder, she used to be regularly readmitted to the old Crichton Hospital in Dumfries. “I can be fine one minute and then for some unknown reason my mood can change and I think everyone is against me and nobody understands,” she says. “Instead of getting confused and angry like I used to, I text Kelvin and he sets me right. For the first time ever, life is manageable. I’ve made massive leaps in the last few years.”

Now living with her sister in Dumfries and Galloway, Brenda has learned how to control her emotions and her horrible thoughts. “If I feel a meltdown coming on, I go for a walk with my headphones on and listen to music,” she says. “I find that’s the best thing for relaxing.”

Brenda still has difficulties, and knows she probably always will. But whereas in the past she felt she was treated as a patient or a victim, she finds that Kelvin treats her as a person, and encourages her to take responsibility for her life and her actions. She says she has learned that she can be in control of her life, when she really tries.

“I’m feeling better than I ever have. And I’m a lot more confident that I can keep the balance in my life now. Having Kelvin there as a safety net is just enough,” she says.

“When I look back on everything, I am proud of what I’ve managed. And the best bit is, I have done it all myself.”

*Name has been changed.