This event has now finished but the recording is available here for ‘On Demand’ viewing:

Some comments from the performance: 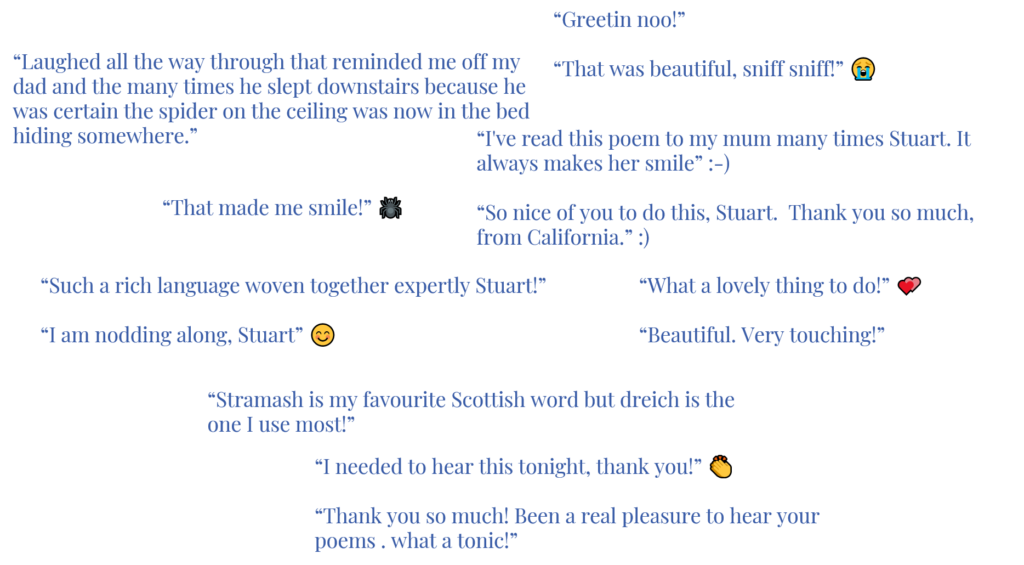 Stuart A. Paterson is a Scottish poet and performer who writes in both Scots and English. The author of several collections, his poetry has been published and filmed worldwide. Stuart’s work is critically acclaimed, and he was BBC Scotland’s Poet in Residence from 2017 to 2018. In 2020 he was publicly voted Scots Writer of the Year.

He has recently written poems for national campaigns for Scottish Water and Lidl and performed his work in the Scottish Parliament, South Africa and HMP Barlinnie. Stuart also works with Luminate (Scotland’s Creative Ageing Organisation)  to support and inspire many older people who have dementia. Recipient of a Robert Louis Stevenson Fellowship from the Scottish Book Trust and the Eric Gregory Award from the Society of Authors, Stuart’s success speaks for itself. We invite you to join us for a virtual evening of spoken word on Zoom webinar as part of the QNIS Winter Wellbeing Evenings.

You can get a taste of Stuart’s poetry at the Scottish Poetry Library: 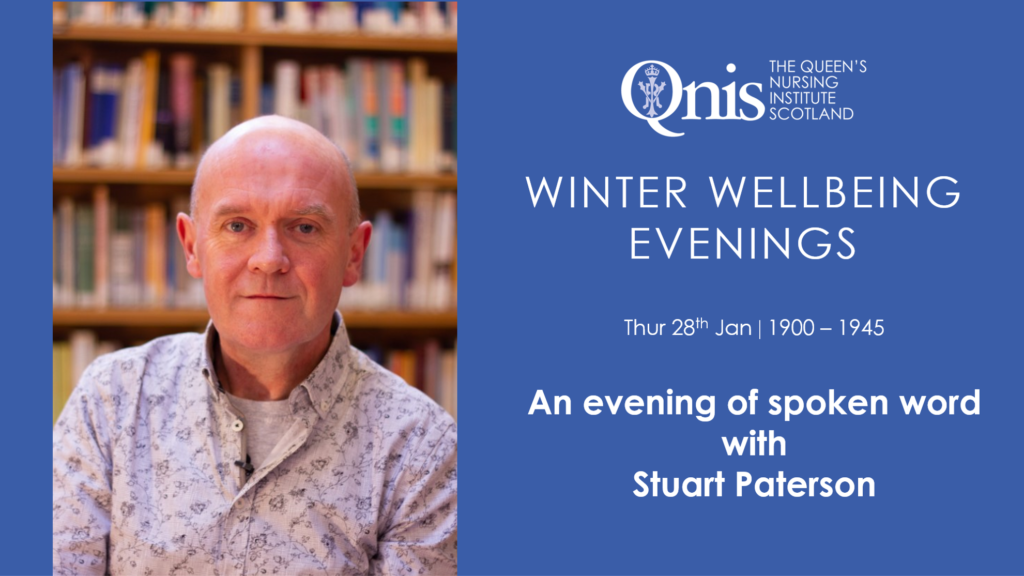