The following stories are based on real life scenarios provided to us by NHS Borders Community Children’s Nursing Teams. While they were all submitted anonymously, we have added names and genders.

These stories give an honest portrayal of the diverse tasks faced by CCNs every day: 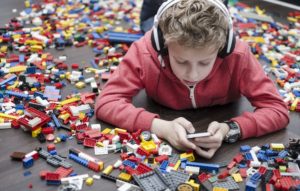 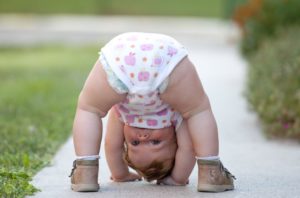 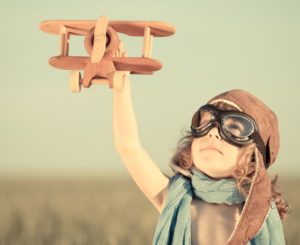 We have another example of how CCNs work within a primary health care team. It comes via Dr Carey Lunan, Chair of Royal College of General Practitioners Scotland.

“A GP described a case to me that had a significant impact on his practice. It was more than 15 years ago, following a straightforward pregnancy and delivery, child C was brought in for their first routine developmental check with their GP at around eight weeks old. The GP had some concerns that the child was not yet meeting their development milestones, and arranged a further review in four weeks’ time. Unfortunately, in the intervening period, C developed seizures, which were difficult to control, and ended up being admitted to hospital as an emergency. For the next 2-3 months, child C was in hospital undergoing a series of investigations and being trialled on different medicines for the seizures, and analgesics for the apparent pain and distress. The child was eventually diagnosed with a rare and incurable metabolic condition and was discharged home around the age of 5 months, to be followed up by the neurologists. During the time, child C was in hospital, communication between the hospital and their GP was challenging, with delays in paper discharges arriving to the practice, and frequent changes to medications.

“From the age of five months, the majority of child C’s care was in the community setting. There was frequent contact with their GP, who visited the family up to three times per week, every week, to provide the complex care that was needed. The child lived several miles from the surgery, and these visits were lengthy, often taking more than an hour each time. C had frequent chest infections, difficult to control seizures and pain, severe constipation and required to be fed through a gastrostomy tube. A significant role of the GP was to support the parents in coming to terms with the diagnosis and to manage their emotional distress.

“At the time of the case, the GP was in early career, and caring for child C was a considerable challenge, both emotionally and practically. There was not the option of communicating by email or mobile phone in the way that there is now; it was landline and paper-based. Over the months and years, he worked particularly closely with the community children’s nurse, who provided the main point of contact for both the GP and the parents to the hospital medical team. A specialist GI nurse, and laterally, a children’s palliative care nurse were also involved. The GP and community children’s nurse would often arrange joint visits, and together they arranged for wider multidisciplinary meetings, when C’s care become more complex. As a result of these meetings, a care plan was produced. This was before Children and Young People Acute Deterioration Management (CYPADM) plans had been developed.

“It’s interesting to think about how things have changed since then. There are more options for efficient communication now, with email and mobile phone, and of course the Key Information Summary software for care plans. Better technology doesn’t always mean more efficient communication though, as we all know. Changes in the GP workforce and workload however mean that this type of intense continuity of care would be difficult to achieve now.  In 2001, many GPs were able to do their own out of hours cover, as the daytime workload was less onerous. This is for many, no longer possible, meaning that families are less likely to be seen by a GP that knows their circumstances. The culture and professional autonomy within nursing has changed too. At that time, nursing colleagues did not necessarily have the risk-management and clinical decision-making skills and training that they have now. The community-based management of patients with complex healthcare needs is now very much an inter-professional effort, relying on excellent communication, consistency of approach, and the support of colleagues, community children’s nurses in particular, to enable children to live and die well at home.

“Given the numbers of children with complex needs and the changes in general practice, we need to consider the important role of community children’s nurses in supporting families. It is vital we address the education and workforce required within integrated children’s teams as we look together at the wider clinical team needed to deliver high quality primary care in Scotland going forward.”