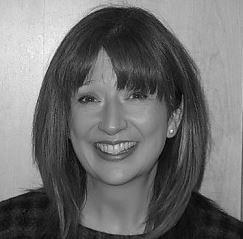 What an honour it was to attend Professor Catriona Kennedy’s Inaugural Lecture at Robert Gordon University, Aberdeen.   Linking in with the QNIS to raise the profile of research within Community Nursing, Professor Kennedy took up post earlier this year.  The lecture focussed on Anticipatory Care Planning: A fundamental skill in nursing, and I couldn’t agree more.  With delegates spanning generations and continents, the overwhelming support and interest was clear.  Joining the University’s Faculty and Clare Cable, Chief Executive and Nurse Director of QNIS, were undergraduate nurses, post graduate nurses, colleagues of other disciplines and Retired Queen’s Nurses.

In the next few paragraphs I will attempt to share some of the key messages presented by Professor Kennedy.

Although an essential part of nursing, Professor Kennedy suggested Anticipatory Care Planning is currently an invisible part of the Community Nurses role.  However, the time has come to make it visible and defend the contribution of community nurses.  By definition, Anticipatory Care Planning is “the ability to look ahead in time and plan care” and such care requires knowledge from a range of sources as well as a unique relationship with patients and families.   Some fundamental principles of nursing are sometimes considered (by some), as basic.  This could be due to the complex nature of care itself.  Indeed, if we think about the word care, one could ask is it a noun or verb, or could it be considered as both?  There is no doubt articulating the meaning of care is difficult.

If we consider the typology of the community nurses’ knowledge, it includes getting to know the patient, getting to know the carer.  In partnership with the family, identifying what needs to be done now and knowing what might happen in the future. It’s also about recognising knowledge deficits and knowing the local community resources and services.

The term anticipatory care has been around for some time.  It was applied to the health screening programme ‘Keep Well’, however this has now evolved and with the focus on the individual and the complexity of their conditions.  It’s about knowing what might happen in the future and making a judgement about illness with all the uncertainly of the illness trajectory.

Professor Kennedy acknowledged the research of other esteemed colleagues such as Professor Jean Mackintosh whose research influenced the modernisation of Community Nursing, and Dr Lisbeth Hockey who was an influential and very well respected mentor for Professor Kennedy.

Professor Kennedy then presented a study looking at the contribution of Community Nurses in Scotland to ACP.  The definition of ACP used in this study is one introduced by the Scottish Executive in 2006 as “working with individuals to help them identify early any circumstances which may have a negative impact on their long term condition and supporting them to develop strategies to avoid or reduce the effects” (SEHD 2006).

In this observational study, Professor Kennedy suggested the holistic approach,  intuitive questioning and self management support undertaken by community nurses as part of the person centred assessment is not always recognised or documented as Anticipatory Care Planning.  Yet it absolutely reflects the paradigm shift from reactive task based care to the proactive, person centred approach our patients deserve.

With the Chief Nurse taking forward the 2030 Vision for Nursing in Scotland, modernisation of nursing roles and improving the public perception of nursing is essential.  To achieve this, our community nurses are expected to be caring and compassionate, competent and professional, person centred, and of course proactive rather than reactive.

To support Vision 2030, Professor Kennedy  is dedicated to the education of nurses and with the Department’s  research themes  being person, family and community focused,  the crucial part community nursing has to play in the health and wellbeing of our population will be most definitely be recognised.

To conclude, Professor Kennedy gave the last word to her mentor, Dr Lisbeth Hockey who in 1997 said “Our knowledge cannot be increased without questioning; without questioning we do not know the extent of our ignorance and therefore we might neglect the pursuit of badly needed knowledge.  Nurses who really care in the true sense of them, will not be content.  They will question, read and avail themselves of the new knowledge for the benefit of their patients”.