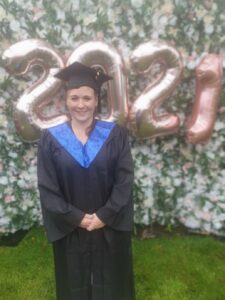 Some transitions are more than memorable; they are life-changing. Graduating from university last year would have been a treasured memory under any circumstances, and yet, what made it transformational wasn’t that I achieved a first-class honours degree in Food Nutrition and Health at Abertay University. It was Ruairidh’s birth. With my degree in one hand and a newborn in my arms, the next journey in my life was truly underway.

This was a joyous occasion for my husband and me. I achieved an A+ for my Honours project on preconception nutrition and health in Scotland while I was heavily pregnant. It was also a poignant moment. That’s because, in November 2018, I experienced a miscarriage. It was that sad event that sparked my desire to learn about what ought to happen before and during pregnancy to have a happier outcome.

Like 1 in 4 pregnancies, my pregnancy did not end with a live baby. My husband and I were told at our 12-week scan that our pregnancy had not survived past 9 weeks. It is difficult to fully put into words the sorrow and sense of loss we experienced. Miscarriages are far from rare, but they often remain shrouded in secrecy. The causes are often perplexing. I have since learned that some are preventable.

Personally, it felt like my body had failed me – or, worse, that I had failed my never-to-be baby. I wanted to know what had gone wrong and, if necessary, to face up to what I had done wrong.

A neural tube defect (which harms the development of the brain, spinal cord and central nervous system) is a frequent cause of miscarriages and stillbirths.  I know that now, but I didn’t know about NTDs the first time I was pregnant. Neither my coursework nor my life experiences had informed me that a neural tube is fully developed, for better or worse, before the end of the first month of pregnancy. That was before I was even certain I was pregnant. Was a low blood folate level the cause of my miscarriage?

I vaguely knew that folic acid supplements were a good thing in pregnancy. I had no idea that timing is and that having enough folic acid (vitamin B9) for months before pregnancy was the key. That hadn’t been covered in my course and no one had told me.  So many questions and all of them unanswered.

I had absolutely no idea about the importance of folic acid, iodine and better nutrition in general until I began my degree. This got me thinking about who else might be unaware of this important information. Why is it not common knowledge in Scotland to know how to prepare well for a pregnancy? Why is preconception health and nutrition not spoken about more often? It appears that in 2022 it is still taboo to discuss planning or preparing for a pregnancy. The superstition of not jinxing a pregnancy until after the first scan seems to be followed more than the science of pre-pregnancy health and wellbeing.

During my second year at university, while studying the module ‘Nutrition through the Lifespan’, I learned that NTDs are diagnosed in at least 1000 pregnancies each year. Blood folate levels are decreasing each year among women of childbearing age in the UK. The most recent data show that women of child-bearing age are 90% below the level of blood folate needed to prevent most neural tube defects.

Unlike more than 80 other countries, it has taken over 30 years after the preventative power of folic acid was proven for the UK to finally agree in principle to folic acid fortification. In October 2021, the UK Government announced its decision to introduce mandatory fortification of non-wholemeal wheat flour. The big open question is whether enough foods will be fortified with enough folic acid to actually prevent most NTDs – and the miscarriages, stillbirths and birth defects they cause. 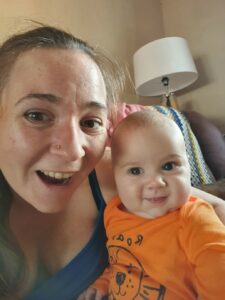 It wasn’t until my fourth and final year at university (while researching for my dissertation and already 20 weeks pregnant) that I learned about the importance of Iodine. Iodine deficiency is the single greatest preventable cause of intellectual disability and is an important, largely unaddressed public health concern in Scotland and the rest of the UK.

Similar to folate, there is a downward trend in Iodine intake across all ages and stages in the UK. WHO released guidance in early 2019 advising that Iodine supplements may be necessary for pregnant women or those who are breastfeeding. There are 120 countries that have a salt-iodisation programme in place; the UK not being one of them. Salt-iodisation is a simple, safe, cost-effective way of ensuring adequate iodine intake. There is little evidence of any negative effects of iodine fortification. On discovering this information about iodine, I felt disheartened. Will it take another 30 years for us to fortify our salt, too?

During the summer of 2020, I began my own research on what was being done about preconception health in Scotland and other countries. I presented this project at the Nutrition Society student conference in September 2020.  Alongside this research, I began to put into practice what I was finally learning.

I began taking daily folic acid supplements. I gradually reduced and then stopped smoking; something I still struggle with to this day. I got myself down to a healthier weight. This was due mainly to working two physical part-time jobs at a supermarket and a food bank during the pandemic. Drinking alcohol was no longer a regular occurrence.

Feeling better prepared this time for a much-desired pregnancy, I stopped taking my contraceptive pill. I was fortunate to become pregnant fairly quickly. So, I began my final undergraduate year knowing I had probably made life a bit harder for myself. Somehow, I was able to meet and achieve all my deadlines. 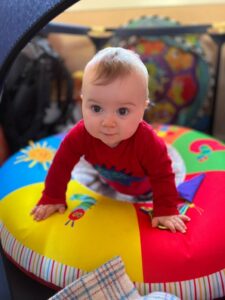 Most importantly, Ruairidh Thomas Brough was born on 30th May 2021. He was two weeks early, but perfectly healthy and completely worth the efforts I made to increase the chances of a positive outcome this time.

Did all the measures I took prior to this pregnancy result in my beautiful, healthy baby boy? Was there something specific I had done (or stopped doing) that allowed this pregnancy to be successful? I suppose I will never know. Still, it doesn’t seem like just a coincidence to me.

My own experience is that preconception health is not regularly discussed Talking about planning or preparing for pregnancy seems too personal, preventing many women from raising it as a topic for discussion. Although I would have welcomed any health care provider asking me what I wanted as a way of opening that pre-pregnancy conversation, it never happened. If I had been studying for a degree in another field, then I might never have learned what everyone should understand about how to prepare for a successful pregnancy. 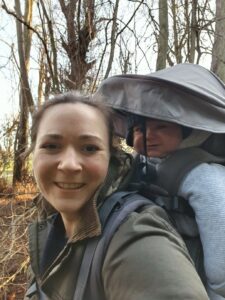 Ruairidh is living proof of the value of preconception health, education and care. But it shouldn’t take a miscarriage for me, or any other woman, to learn how to improve the odds of having a good pregnancy and a beautiful baby.