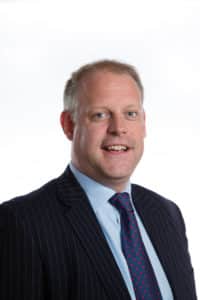 Neil McLennan is a historian and Director of Leadership Programmes, University of Aberdeen. He also sits on the Lay Committee of the Royal College of Physicians of Edinburgh.

In just a matter of weeks, COVID-19 has changed our lives beyond recognition. ‘Self-isolation’ and ‘social distancing’ have become the words of the moment.

Lying behind this rallying call for the public to stay at home – so that key workers, such as community nurses, can stay safe – is a single graph showing the potential spike in COVID-19. It shows the potential impact of a surge in cases breaching what our health services can adequately handle. Alongside this spike on the graph is an alternative course of action; one whereby we ‘flatten the curve’ by social distancing and isolation.

This graph is however not new.  It has been shared before by historians reflecting upon the impact of the 1918 Spanish Flu on two American towns. Philadelphia shows a spike in flu cases in that town as a result of ‘business as usual’ approach, including gatherings and parades. By contrast, the St Louis graph line shows a longer flatter incidence rate as a result of conscious efforts to close public spaces and distance people.

It is often said that those who forget the lessons of history are doomed to repeat them; none more so than in medical history. Health care in Scotland remains a public service where improvements result from diverse groups of highly skilled professionals pushing forward boundaries of knowledge based upon prior learning, current realities and ongoing research. During this time, we are in awe of our health care teams. They are doing great work,  but are standing on the shoulders of giants.

A simple but key message first coined during the Spanish Flu epidemic has stood the test of time: ‘Coughs and Sneezes Spread Diseases’. Although the catchphrase dates back more than a century, it was brought to wider public attention as part of a 1945 public health campaign run by Sir Wilson Jameson, England’s Chief Medical Officer (1940 – 1950).

Jameson described himself as “an average boy” from Perth who later moved to Aberdeen but went on to become a ‘giant’ of public health research. A medical graduate of the University of Aberdeen, he went on to learn law and to lead the reform of public health services in the UK and internationally.

Jameson was certainly interested in learning from the past and highlighting the importance of nursing.  His 1942 Lancet paper “War and the Advancement of Social Medicine” saw him reflect on various aspects of history: the ‘magnitude and character of modern social problems’ of the Industrial Revolution; the French and American Revolutions concept of ‘the rights of man’; Cholera outbreaks and response, Crimean War ‘real hero’ Florence Nightingale, modern nursing and reducing soldiers mortality from disease by 2/3; the Boer War’s “preventable loss of life rousing the British public to action” on social medicine including sanitation, school feeding of children, hygiene and physical health.

Jameson was not just interested in physical health though. He was one of the first to note mental health in an annual report; wrote the foreword to a review of outpatient psychiatric services; and, sat on a postwar expert committee on the work of psychologists and psychiatrists in the services.

Jameson also reflected on the impact of war on social change. The First World War saw new powers for local authorities and medical officers, a Ministry of Health and national health insurance. Jameson noted; “We have indeed learned what of these islands will endure gladly under wise and courageous leadership.”

His own leadership was to be vital as Britain approached another war. Taking on the Chief Medical Officer post, Jameson led the first concerted vaccination campaign against diphtheria. Describing work before that as “haphazard and spasmodic” Jameson oversaw Government issue of free of charge approved prophylactic against diphtheria. In 1941, six children died of diphtheria per week, by 1949 it reduced to under two. To tackle tuberculosis, he undertook “a long and continuous attack on a number of social evils” by advocating for higher living standards, better work conditions and safer milk.  Maintaining nutrition was another issue supported by a Ministry of Food and control of foodstuff.  Jameson noted “The War has given a new impetus to all forms of health education and the ordinary citizen has responded.”

When our scientific, health and political leaders give their regular updates, they are following directly in the footsteps of Jameson. He was the first civil servant to make a BBC radio broadcast and cautioned that germs were more dangerous than Germans. He also forewarned; “These are some of the lessons we are learning in the stresses of war. Shall we remember them when peace comes?”

Lessons were learned and, after much politicking, a National Health Service was established in 1948.  Jameson negotiated between the British Medical Association and the Minister of Health, Nye Bevan.  Bevan toasted Jameson at a dinner party celebrating the NHS’s first year. On its 10th anniversary, Jameson’s name was noted in Parliament – breaking conventions that normally maintain civil servants’ anonymity. Jameson’s efforts did not end there. Jameson promoted international learning and led the UK delegation to the first assembly of the World Health Organisation; the organisation now coordinating shared learning on COVID-19.

Jameson finished his 1942 medical history article wishing for advances in medical education but also improvement in training and conditions for nurses.

Our nurses are again being called upon to act as the everyday heroes of today’s crisis. Currently, quickly constructed COVID-19 hospitals are being named after heroic nursing figures of the past- NHS  Nightingale hospitals across England and NHS Louisa Jordan in Glasgow, Scotland. We must also hope today’s leaders, who stand on the shoulders of giants like Aberdeen-educated Wilson Jameson, continue to learn those lessons of history that help us to cope with crises and enable great progress. We recognise the immense contribution of nurses in the past, today and in the future.