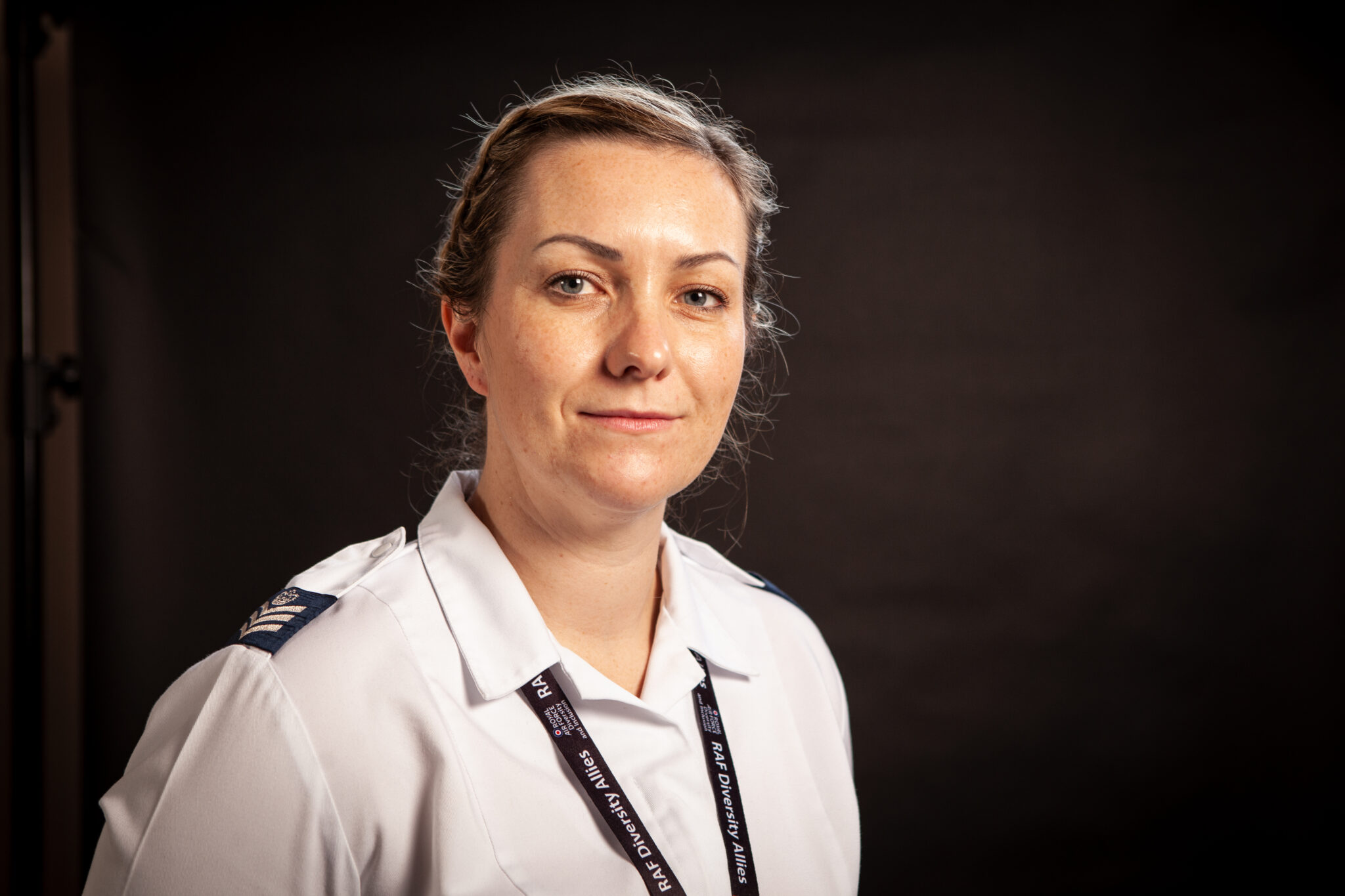 Transferring into to the RAF as a qualified nurse involved nine-weeks of Military basic training, something that set her apart from the rest of her cohort.
“When you join the Military, you have to go through basic training at RAF Halton. After that, you’re graded on rank rather and job role as your career progresses. There is a strong emphasis on leadership, management and clinical skills, those that stand out above the rest get promoted.”

“The cohort were intrigued when they heard about my background. I suppose it does not sound like the daily role of a nurse with skills in weapons handling as well as respirators! But I’ve been doing this job for 13 years now and the truth is, there’s so much of what the other QNs say that I can absolutely relate to.”

“You get rotated round hospitals, moved and posted to different units, sometimes at short notice, so it can be like doing a different job depending on the day. I was deployed to Afghanistan as an Aeromedical Flight Nurse, which involved two months flying injured Service Personnel home and two months on the desk as an Aeromedical liaison officer. It was a demanding role. as it was my job to get them back home as soon as possible. Most recently I went to Las Vegas for 6 weeks to provide Primary Health Care for an Exercise.”

Most often, Louise works out of RAF Lossiemouth dealing with pre deployments checks.
“Every month there are Squadrons deploying, which means turning around health checks for around 120 people, ensuring that they are medically and occupationally fit to deploy.”

“Outside of deployments the team operate routine type NHS clinics such as blood clinics, smoking cessation wound dressings, minor operations and Chronic Disease monitoring We used to call people in by their rank, but I’ve now changed that following input from my QN cohort. In the clinic room I am able to create the safe space for a nurse and patient relationship.”

Louise noticed that there was an opportunity to further increase inclusion and awareness by adapting existing practices.
“I work for Defence Primary Health Care, but I am a Princess Mary’s Royal Air Force Nurse first), I am currently working to improve healthcare for transgender people within all three Services. Part of my role is to recall individuals for NHS screening such as smear test breast screening appointments and AAA recalls, but because your CHI number defines you as male or female based on your sex, trans personnel can be hidden from the automatic system for a screening that they wish to attend.”

“Following an open conversation with a trans individual I was able to write an internal policy to combat some of the issues they were facing.”

“In the RAF we already have a LGBTQ Freedom Network with a trans advisory group and it’s my l aspiration to influence and produce a transgender clinical hub. I am proud to be writing a business case for added information pages on our internal system so that all healthcare providers within the service have instant access to the information they need to support trans people.”

Louise is cautious about tackling the issue sensitively and systematically.
“I might have identified a gap in the system but it’s just a steppingstone to putting the right care in place. I’m aware that I’m speaking on behalf of other people, so I want to hear from them first. I want to use their honest experience to ensure anything we implement is evidence based and effective.”
When it comes to the Queen’s Nurse programme, she says that she engaged with the creative side but felt more drawn to the relationships with the cohort.
“I know it sounds very practical, but I really wanted to create a network of nurses with connections to the NHS. I have a strong relationship with the rest of my cohort and my active learning group in particular have given me an insight into nursing outside of the RAF but also contact that I can lean on for additional advice and services that I can direct patient towards.”