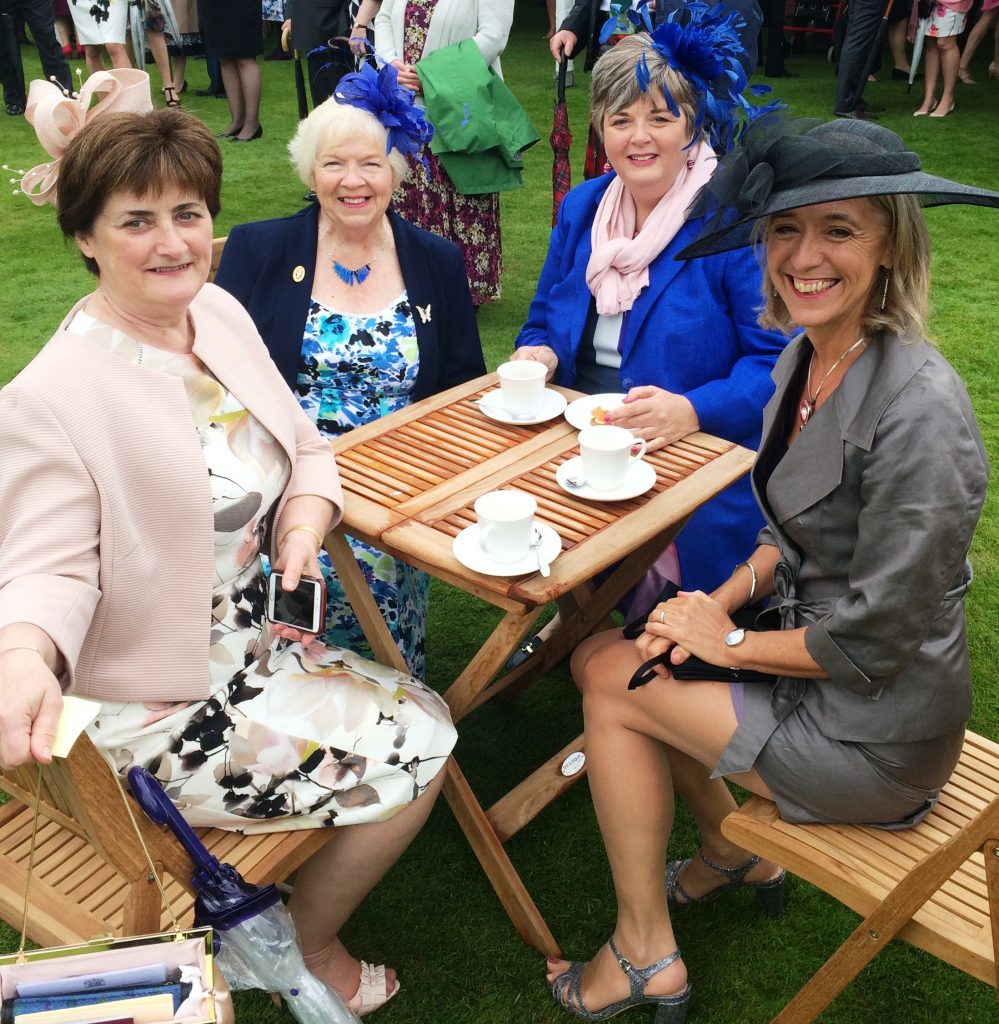 Four people connected with the work of QNIS have attended the Queen’s annual garden party at the Palace of Holyroodhouse.

The Institute was invited to nominate four guests as representatives, and those chosen at random demonstrate the range of work being carried out at QNIS, with a retired Queen’s Nurse, a committee member, a volunteer and an honorary fellow, all selected.

The garden party is held every July during Royal Week when the Queen carries out a series of official engagements in Scotland.

Around 8,000 people from all walks of Scottish life are invited to spend the afternoon in the palace grounds. The Queen and the Duke of Edinburgh meet and greet a selection of people representing a broad range of organisations. 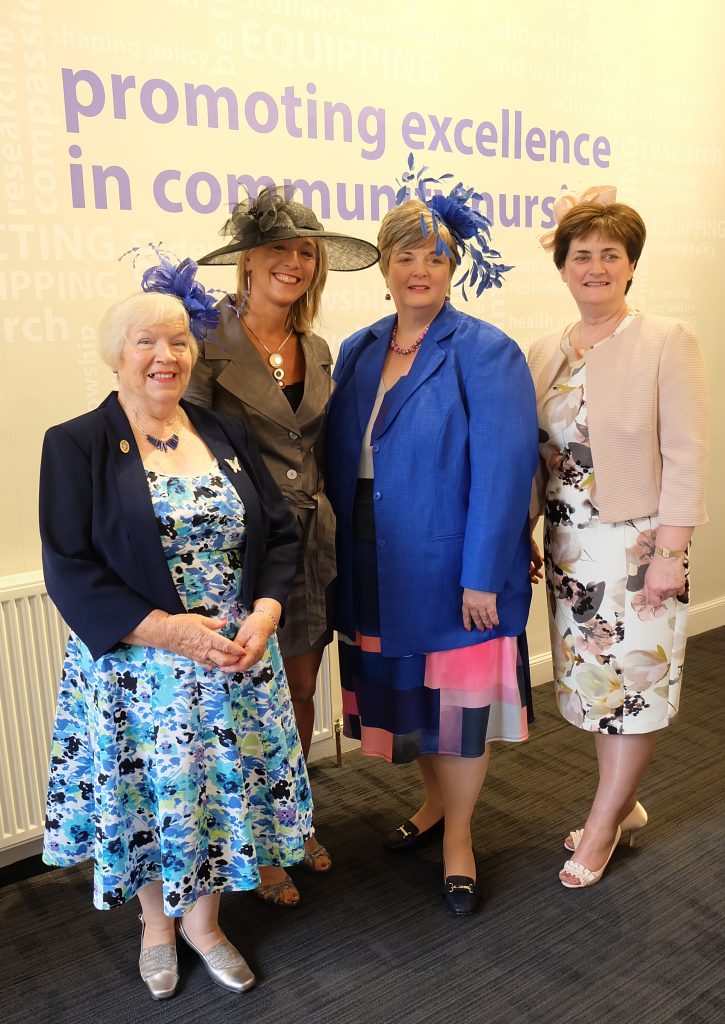 Those attending on behalf of QNIS in 2017 were; Christina Thomson – a retired Queen’s Nurse and former visitor; Alison Jarvis, a QNIS Honorary Fellow and Community Nursing Programme Manager of NHS Lothian; Alison O’Donnell, a QNIS volunteer archivist; and Chrisanne Campbell, a member of the Queen’s Nurse advisory group in her role as Nurse Director of NHS Western Isles.

The excited group gathered at Castle Terrace, dressed as you would expect for mixing with Royalty, before making their way to the Palace.