The Queen’s Nursing Institute Scotland (QNIS) has been awarded £160,000 in National Lottery funding to support its work aimed at tackling health inequalities.

The charity will use the funding to increase delivery of its Catalysts for Change programme over the next two years.

A total of 24 community-based, nurse-led projects that contribute significantly to avoiding, reducing or overcoming health inequalities will be selected to receive up to £5,000 each, as well as ongoing assistance from QNIS. 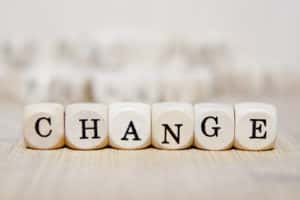 The Institute has previously run three rounds of its Catalysts for Change programme, supporting a range of projects including providing nature walks to improve wellbeing, a scheme to raise awareness of breastfeeding in an area where rates are low and an inner-city partnership that set up a men’s shed.

QNIS will welcome eligible projects from across Scotland to apply from this summer. Each project must be led by a community-based nurse, working jointly with local people and partners.

“As well as a focus on overcoming health inequalities, Catalysts for Change projects support communities to bring real improvements to the places they live, as well as to the health and wellbeing of those most in need.

“The National Lottery Community Fund recognises the important role that community organisations play in addressing inequality and strengthening communities. We want to support those organisations to carry out the work that they do best – bringing local people together around the issues and opportunities that matter to them.”

The Catalysts for Change programme, delivered in partnership with The National Lottery Community Fund, expects to get underway by the autumn.

“The award will make a big difference where it is needed most and I wish QNIS every success as it goes on to develop and expand its project for the benefit of local communities.”