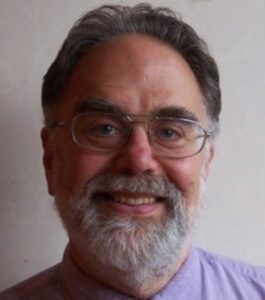 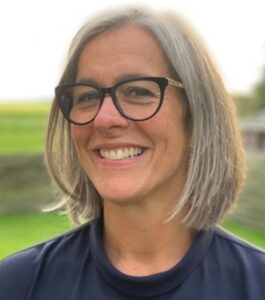 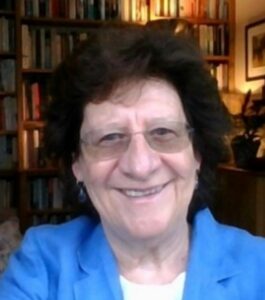 Fetal Alcohol Spectrum Disorders (FASD) have been a long-standing ‘blind spot’ within Scottish (and British) society, including in its health, education, social work and justice systems. In the past few years, Scotland led the UK in creating national FASD resources for professional and public use. These are accessible online to anyone anywhere in the world free of charge.

In 2019, SIGN (Scottish Intercollegiate Guidelines Network) 156 was published in Scotland as a set of guidelines, primarily for identifying and diagnosing neurodevelopmental conditions caused by prenatal alcohol exposure: SIGN 156

In March 2022, this Scottish guidance became the basis for the NICE guidance on FASD now used by the rest of the UK: NICE Guidance

Late in 2020, The Scottish Government launched an independently created FASD eLearning resource through NHS for Education Scotland (NES), which you can read more about here: Invisible not Inconsequential

This is the fourth and final blog about what was learned from the recent QNIS/HPBL survey on FASD.

Respondents were asked: ‘Which of the following Scottish FASD resources, if any, have you already accessed and used in your practice?’ As you can see in Chart 1, the majority used SIGN 156 & NES eLearning, whilst the two Scottish Government funded FASD services (while incredibly good) were accessed less often. When asked what other sources of information and advice they had used, only a few were cited and none consistently; including articles or internet searches. 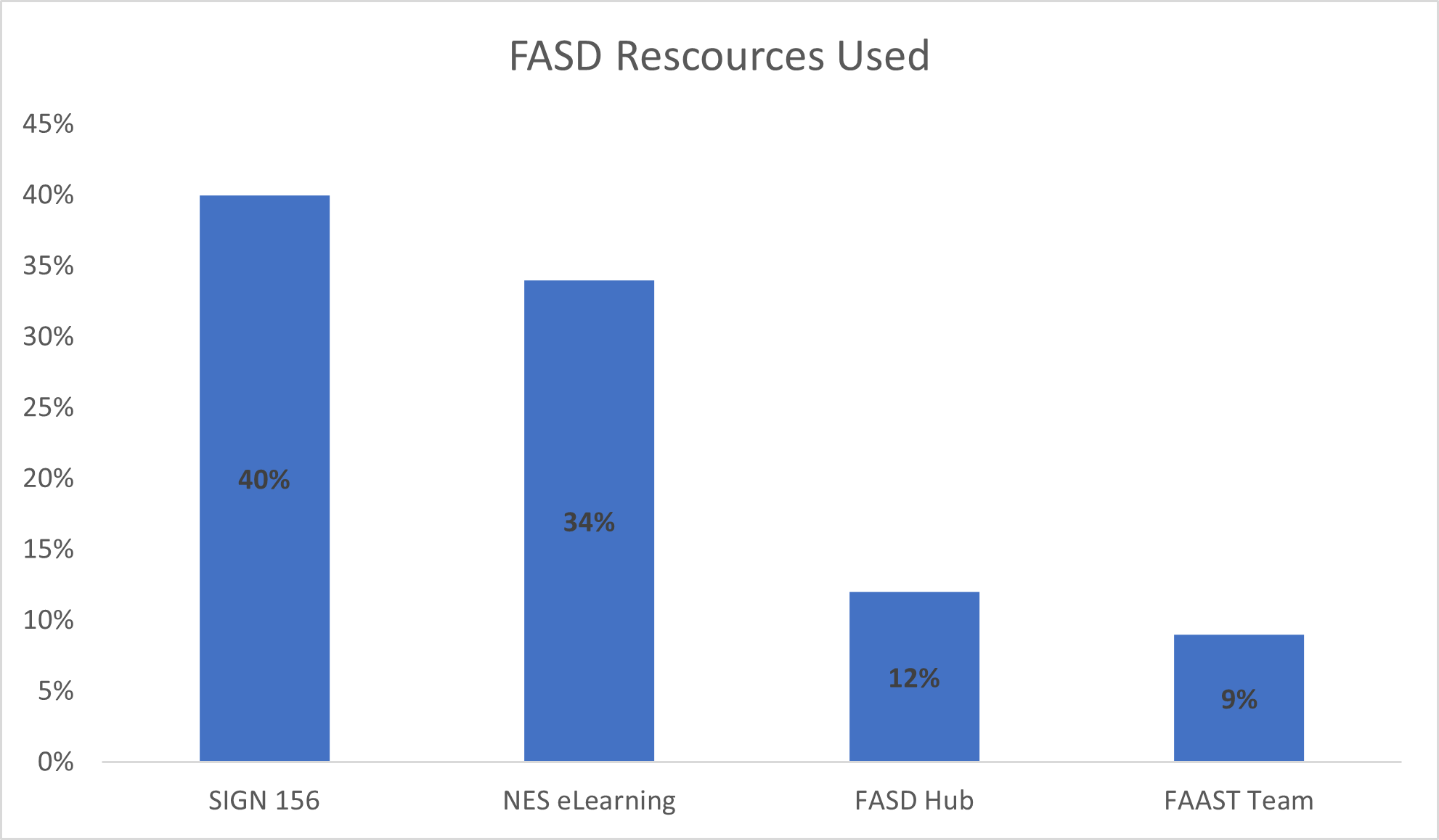 The final questions explored preferred ways of learning more about FASD, as well as other open-ended comments or concerns participants cared to share. These 219 community nurses and midwives across Scotland said their three favoured choices for advancing their practice in this field were, in rank order:

Suggestions included bespoke sessions by role, instead of general webinars for all clinicians; assistance with identifying and assisting adults with FASD (diagnosed or suspected); and a series of case studies for them to consider and discuss together. The following final observations and advice are noteworthy: 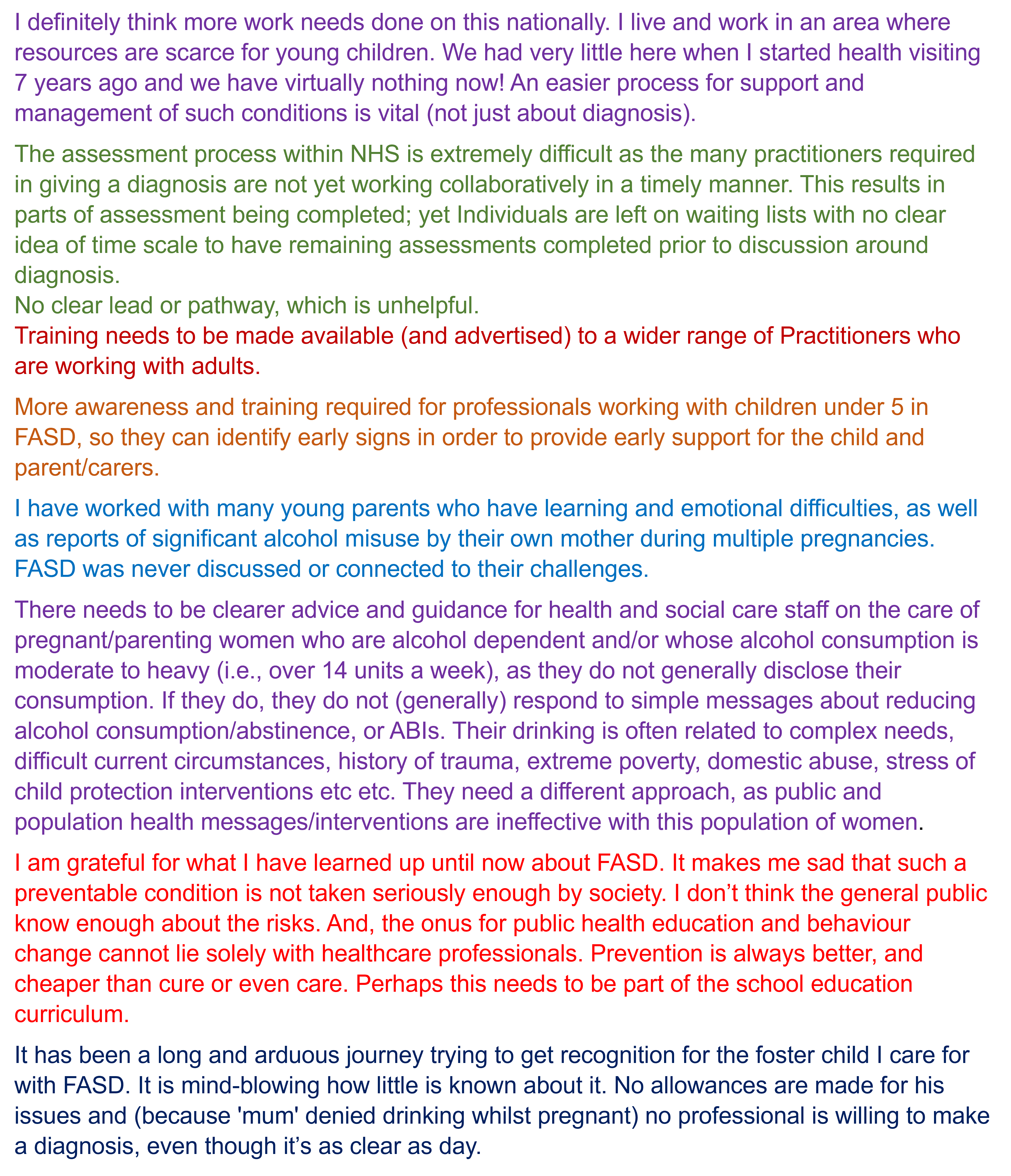 This survey from QNIS’ Healthier Pregnancies, Better Lives programme depended upon the willingness of overworked, generally fatigued and sometimes stressed community nurses and midwives to respond despite another spike in COVID-19 cases. We remain genuinely grateful that they chose to spend the time and effort to respond. Completed surveys were received from every region of Scotland and the results span a real cross-section of roles, careers, and specialties. It is fair to regard this as an ‘illustrative’ sample of our nation’s community nursing workforce.

The survey results could be further explored through more extensive, rigorous research. However, the current results still provide a credible foundation for understanding the awareness, attitudes, experiences, and insights about FASD among community nurses and midwives in Scotland today. If anything, there was a self-selection bias among respondents. Although explicitly promoted as an FASD survey open to all community nurses and midwives, it is likely that those who felt most knowledgeable and experienced would have chosen to become participants more readily than those to whom FASD was professionally unknown.

Slowly, but surely, awareness of Fetal Alcohol Spectrum Disorders is growing -following decades as a blind spot in Scottish society. But we are still yet to see them prioritised. FASD continues to be largely invisible, but not inconsequential in terms of prevalence, life-altering impacts or the enormous hidden cost to individuals, families and their communities. This survey was completed by skilled, highly experienced, community based, health professionals across Scotland. Their responses showed varying degrees of subject matter competence and confidence in relation to FASD. Despite FASD not yet being a priority, the willingness of participants to learn more indicates a prime opportunity for making positive change.  Even if unknowingly, many of these community nurses and midwives are already working with babies, children and adults affected by FASD. Further professional development and support will enable them to carry out this aspect of their work in a more effective and satisfying manner for all concerned.

Through the HPBL programme at the Queen’s Nursing Institute Scotland and the nascent Scotland’s Coalition for Healthier Pregnancies, Better Lives, the results of this survey will be used to ensure that the relevant improvements are better known and more often informing practice. We hope a similar questionnaire a few years from now will reveal a more aware, engaged, and confident workforce for whom FASD is something woven into the fabric of their thinking, actions and accomplishments.

In turn, this would result in a variety of successful actions that prevent, identify and respond to FASD more effectively and compassionately. This additional understanding can help children, young people and adults affected by this serious neurodevelopmental that is still so often misdiagnosed. Scotland can become a shining example of the benefits of eliminating this historic blind spot.